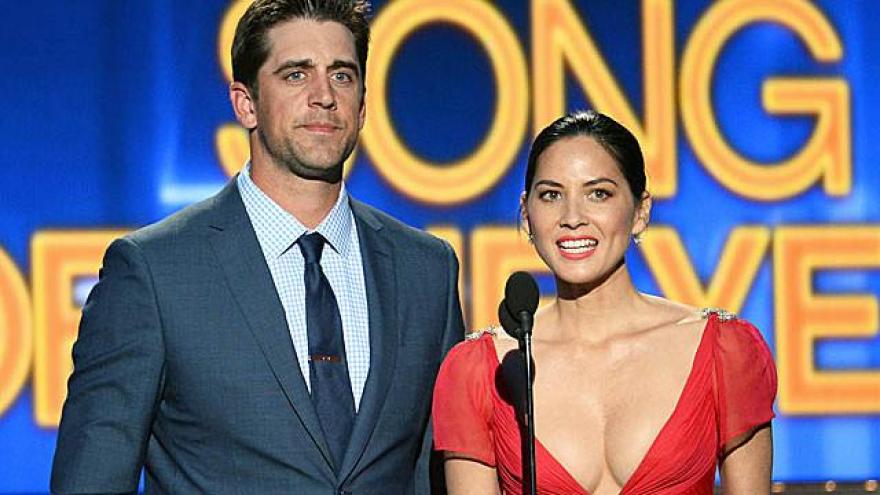 (CBS Sports) X-Men Apocalypse star Olivia Munn just broke up with Aaron Rodgers, but luckily for her she's got suitors! Bona fide. Munn is now a free agent, and the Vikings have a strong pitch: Why not come to the division rival of your ex? It's the perfect kind of pettiness. They have a team on the rise, a shiny new stadium, and not Aaron Rodgers.

Comedian and Vikings fan Nick Swardson saw the writing on the wall, and decided to get ahead of the curve.

Football is right around the corner. I drafted Olivia. @oliviamunn#SKOL#MN4Lifepic.twitter.com/8zO1l8tUCc

The Vikings saw Swardson's efforts and said that they'd pick up Swardson and Munn in a package deal, and then they made a really lame joke.

There's always a seat open for you at our stadium, @NickSwardson and @OliviaMunn.

Now, I don't see the SS Skolivia setting sail any time soon, but we live in strange times. Maybe Swardson is the ultimate matchmaker. Whatever the case, Twitter users don't think Rodgers is particularly thrilled with the new arrangement.