Videographer Has Picture Of The Man Who Stole Her Equipment 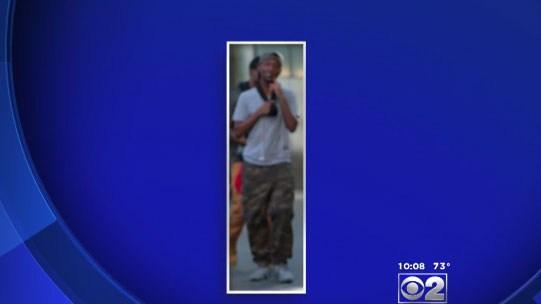 (CBS CHICAGO) — A couple getting their engagement photo taken outside Chicago’s Trump Tower got a nasty surprise when the photographer was mugged.

The suspect took off, but not before the photographer realized the suspect had been caught on another camera.

The couple was being photographed at 6:30 p.m. last Tuesday. All seemed fine, until they turned to see their other photographer on the ground.  Now, that victim hopes to get the last laugh.

Videographer Yasmeen Haleem was behind them recording the moment when she suddenly found herself flat on the ground.

“Right in the midst of recording I was just hit from behind,” she says.

Haleem says in the ensuing, confusing seconds she saw two men running down stairs to the river’s edge with her camera, monopod and other equipment. Gone was $3,000 worth of equipment.

How did Haleem got a photo of the suspect? She later realized her second photographer unknowingly snapped the image, moments before the robbery.

“That photo was probably was just a test shot, to set up lighting and everything. And they happened to walk right past us,” she says.

If you recognize the man in the photo, call Chicago police