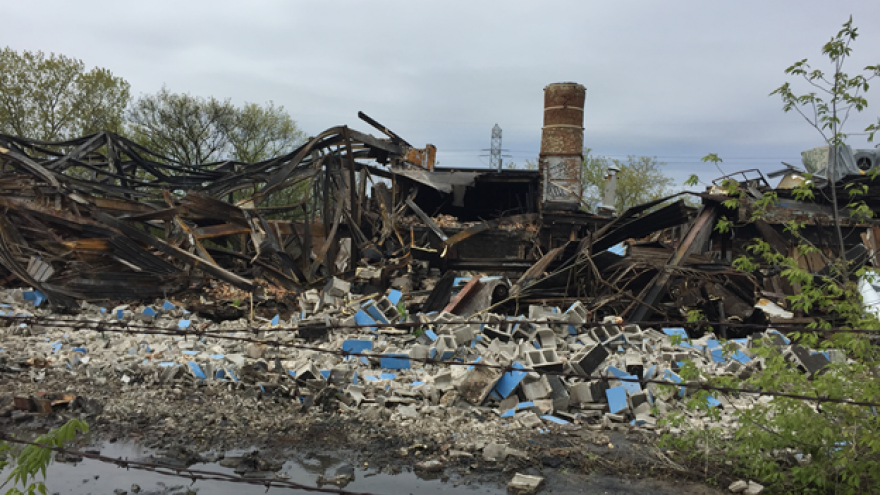 MILWAUKEE, WI (CBS 58) --  What remains of a vacant night club destroyed by fire early this morning are being demolished in an attempt to get any remaining fire.   According to the Milwaukee Fire Department, firefighters remain on the scene at N Teutonia and W Douglas Avenues to put out any hot spots discovered as demolition crews sift through the debris of the long abandoned Club Escape.

MILWAUKEE, WI (CBS 58) -- Milwaukee Firefighters were still on the scene of a two alarm fire this morning at the site of the former Club Escape on the City’s north side.   Around 1 AM, residents in the area around N Teutonia and W Douglas Avenues reported smelling smoke.  When firefighters investigated, they discovered flames coming through the roof of the vacant night club building.  A two alarm fire was declared and water had to be relayed from hydrants several blocks away from the scene.   During the fire the roof collapsed and the building is considered a total loss, but no dollar amount of damage has been determined.   No one was injured and the cause of the fire is under investigation.