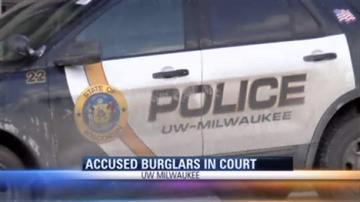 Andre Dallas, 19,  Rendell Giles, 18, and Michael Scott, 17, were arrested February 16 in Sandburg Hall after another student found a gun the trio left behind in his room.

The three suspects each face five felony counts of burglary.