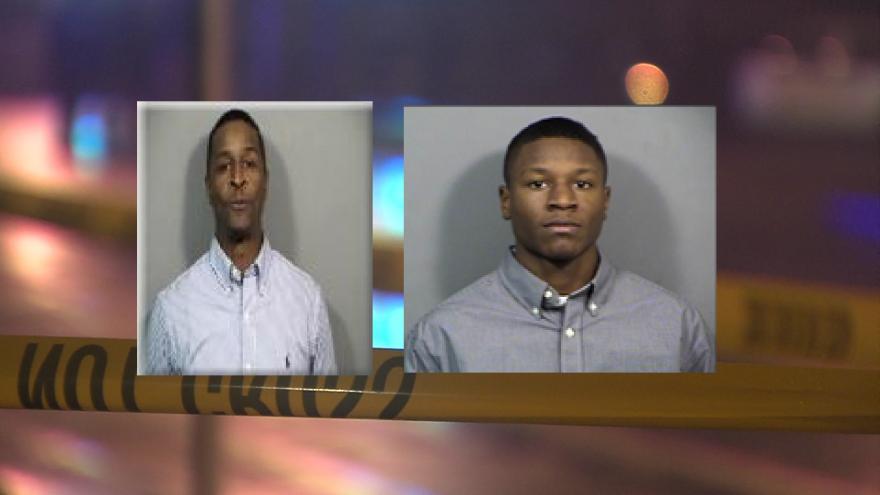 WAUKESHA, Wis. (AP) — A men's college basketball coach and his adult son have been charged with attacking a referee following a game against a rival school in Wisconsin.

University of Wisconsin-Rock County coach Jamal Mosley, 41, and his son J'shon Mosley, 20, are charged with battery and disorderly conduct.

They're accused of tracking down the referee, Patrick Anderson, after the team's loss on Jan. 3 to the University of Wisconsin-Waukesha, and beating him as he fell to the ground. Witnesses stopped the attack and called police, investigators said.

Anderson told police that he originally tried to ignore the Mosleys and raised his arms in defense when the first punch was thrown. He sustained abrasions and cuts around one of his eyes.

The Mosleys had left the scene by the time Waukesha police arrived. Police spoke with Jamal Mosley the following day.

Mosley resigned on Jan. 23, university spokeswoman Shawna Connor said. She said the younger Mosley, originally described as a team manager, was neither a manager nor a student at the school.

The Mosleys, both of Madison, are due in court Feb. 19.