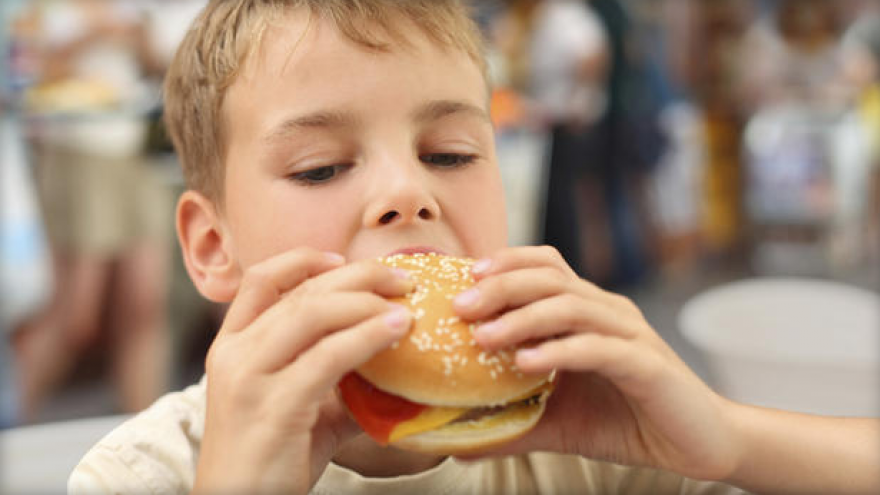 Children in the U.S. are eating fast food more often, and despite restaurant chains' commitments to offer healthier options with kids' meals, most kids still get unhealthy drinks and side items with their meals.

A new survey of 800 parents shows that in 2016, 91 percent reported purchasing lunch or dinner for their child in the past week at one of the four largest chains in the country: McDonald's, Burger King, Wendy's, and Subway. That number is up from 79 percent in 2010.

The researchers from Rudd Center for Food Policy and Obesity at the University of Connecticut suggest that one of the reasons families are visiting fast food restaurants more frequently is the restaurants' claims that they've replaced sugary soft drinks and greasy French fries in kids' meals with healthier options like fruit and yogurt, 100-percent juice, low-fat milk, and water.

However, once families are actually in the restaurants, kids are still eating the less-healthy options, with the healthier offerings not making much of a difference, the researchers found.

"Fast food is a major source of calories, sugar, fat, and sodium in children's diets and has negative effects on their health, so fast food companies have come under a lot of pressure from public health advocates to improve the nutrition quality of their products, especially kids' meals," the lead author of the report, Jennifer Harris, director of marketing initiatives for the UConn Rudd Center, told CBS News. "They have responded by offering healthier side options in kids meals and the major restaurants that we studied have pledged to remove soda from their kids' meal menu boards."

Harris said she was disappointed that there wasn't an increase in purchases of healthier sides and drinks with kids' meals, but she wasn't surprised.

Previous research from the UConn Rudd Center found that counter personnel at many fast food restaurants automatically provide the less-healthy sides and drinks when a kids' meal is ordered, without offering the healthier items.

"In many cases, parents aren't being given the chance to make a decision, they are getting unhealthy sides and drinks automatically when they order a kids' meal," Harris said. "It should be the other way around."

For the report, the researchers surveyed approximately 800 parents in 2010, 2013, and 2016 about what they ordered for their 2- to 11-year-old child in the past week from one of the top four fast-food restaurants.

Other research has shown that eating highly processed foods like those served in fast food restaurants has been linked to a number of negative health issues, including obesity, type 2 diabetes, heart disease and early death.

A 2015 study from Tufts University looked at 51 countries around the world and found that consumption of sugary drinks may have led to approximately 133,000 deaths from diabetes, 45,000 deaths from heart disease, and 6,450 deaths from cancer in 2010 alone.

The UConn researchers argue that fast food places should make it easier for parents to make healthy choices for their kids.

She points to policies that have passed in the state of California and the city of Baltimore requiring restaurants to offer healthier drinks as the automatic option with kids' meals.

Nina Crowley, Ph.D., a registered dietitian nutritionist and health psychologist working at the Medical University of South Carolina, said these types of changes would "move the patterned eating behaviors of kids in a better direction."

"We know from the greater body of literature on choices, that to 'nudge' someone towards something healthier, making them 'opt out' is more difficult, and they often stick with the default," she told CBS News. "This works with organ donation, and with eating behaviors; making the healthy choice, the easy choice seems like the 'right' thing to do."

The American Academy of Family Physicians offers advice on ordering at fast food restaurants, including limiting visits, sticking to smaller portions, stopping eating once you feel satisfied even if there is food left on your plate, and skipping sugary drinks.