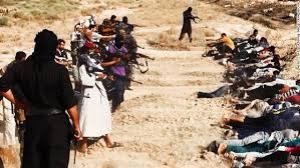 (CNN)-- The No. 2 figure in ISIS, Haji Mutazz, was killed in an August 18 drone strike near Mosul, Iraq, a spokesman for the U.S. National Security Council announced Friday.

Ned Price confirmed what several U.S. officials told CNN earlier, and added that Mutazz was traveling in a car with a Islamic State media operative named Abu Abdullah when the vehicle was hit.

Price said in a written statement Mutazz was in charge of ISIS operations in Iraq and was a key military planner. The U.S. also believes Mutazz was prominently involved in directing ISIS' financial operations.

The death of Mutazz, who also goes by several other names such as Fadhil Ahmad al-Hayali, is a bit of a mystery. Several news organizations, including CNN, reported his death at the end of last year, based on information from senior U.S. administration officials.

One U.S. official said it appears the United States had a wrong identification at that time.

information about the drone strike this week is being very closely held by the government because of its sensitivity.

But one U.S. official told CNN the strike was based on \"actionable intelligence,\" meaning the Pentagon knew Mutazz was in a particular area at a particular time. That type of information suggests the United States has some ability to target and strike some of the most senior officials in ISIS.

One U.S. official said Mutazz was killed near Mosul, but the other officials declined to confirm that was the case.