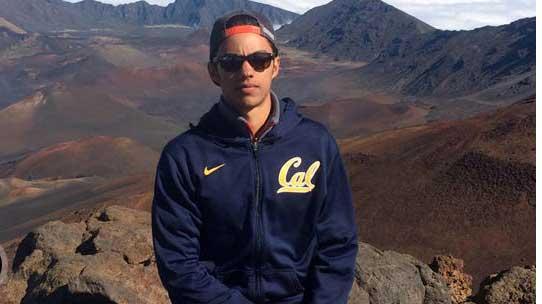 (CBS NEWS) An American college student was missing after the deadly truck attack in Nice, France, which injured at least three other students in the same program.

Also, an Austin-area father and son who were vacationing with their family are among those who died in the attack, relatives said Friday.

The University of California, Berkeley, said on Friday that junior Nick Leslie, 20, was unaccounted for after the Thursday night massacre that killed at least 84 people.

Leslie was among 85 Berkeley students attending the program titled "Entrepreneurship and Innovation in Europe," the school said.

Two students in the program suffered broken legs from the attack and were receiving treatment in a hospital, the school said. A third had a broken foot. None of the students were identified.

Three students in the program have chosen to return to the U.S. early. The program ends on July 24.

"We are heartbroken and in shock over the loss of Brodie Copeland, an amazing son and brother who lit up our lives, and Sean Copeland, a wonderful husband and father," the Copeland family said in a statement released by Davis. "They are so loved."

Davis said the Copeland family from Lakeway, 20 miles northwest of Austin, were on a European vacation that began in Spain with the running of the bulls in Pamplona.

"Then on to flamenco dancing in Barcelona and they had been celebrating Bastille Day in Nice when this unthinkable and unfair act of terror took Sean and Brodie from the world far too soon," Davis said. "It is a terrible loss."

State Department spokesman John Kirby said earlier that two Americans were among the scores of people killed, but he didn't identify them citing privacy. Davis said State Department officials would accompany two of Sean Copeland's brothers when they fly to Nice to bring the family home.

The surviving Copeland family members in Nice are "overwhelmed" and will not be talking to reporters, Davis said.

The Copelands' vacation was in part to celebrate the birthdays of Copeland's wife, Kim, and his son, Austin, Davis said. Kim Copeland will turn 40 on Monday and Austin Copeland turned 22 on July 6.

Maegan Copeland, Sean Copeland's 29-year-old daughter, also was on the trip. Austin and Maegan Copeland are Sean's children from a previous marriage.

Sean Copeland was a vice president for North and South America at a software division of Lexmark Inc., a business automation firm.

Texas Gov. Greg Abbott said in a statement that every attack is tragic but "this latest one hits close to home."

The French flag was flown over the Texas governor's mansion in Austin in remembrance.

"Now, more than ever, we must unite with our allies around the globe to end the scourge of radical Islamic terrorism that threatens our freedoms and civilization itself," he said.

Lexmark spokesman Jerry Grasso described Copeland as "a terrific leader in the company ... (and) a phenomenal person who will be dearly missed."

The Austin American-Statesman reported that Brodie played on a youth baseball team where his father was the coach. He had just completed the fifth grade at Lakeway Elementary School where he was a member of the honor choir and active in athletics, Principal Sam Hicks said in a statement released through the Lake Travis School District.