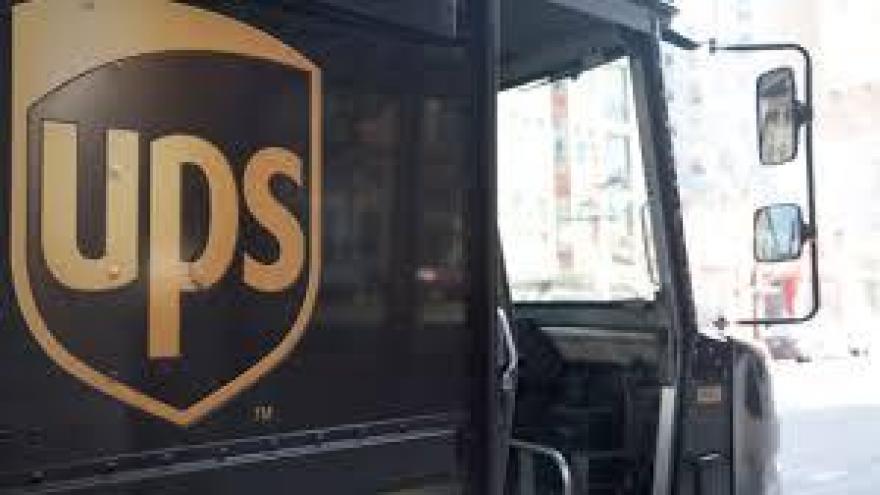 (CBS News) -- Holiday online shoppers might not be blamed for feeling grinchy about delivery times. UPS (UPS) says some package deliveries are being delayed, blaming an unexpected flood of orders from online shoppers after Thanksgiving.

Company spokesman Steve Gaut said Tuesday that UPS was adding one or two days shipping time for some deliveries. He would not specify how many deliveries.

UPS is expected to return to normal operations with fewer delayed shipments by the end of Wednesday. Gaut said the company had reassigned about 400 back-office workers to sorting facilities and delivery routes and rented more trucks to deal with the "bubble" in deliveries.

Customers have been complaining to the company on social media, marking an inauspicious start to the crucial Christmas shopping season for Atlanta-based United Parcel Service Co.

Along with rival FedEx Corp., UPS has benefited greatly in recent years from the growth in online shopping.

But consumers are also sensitive to holiday shipping delays, following challenges in 2013 with on-time gift deliveries. That year, both UPS and FedEx scrambled to delivery holiday packages on time, leaving some gift-givers with empty stockings on Christmas morning. At that time, the companies blamed bad winter weather and a surge in last-minute online shopping, and they pledged to improve their service.

In a letter to UPS CEO David Abney, James P. Hoffa also complained that the company plans to increase hours for drivers during the holidays up to 70 hours over an eight-day period.

UPS is sticking with its forecast of holiday shipments of more than 750 million package deliveries between Thanksgiving and Dec. 31, a 5 percent increase over last year. The company said the post-Thanksgiving surge was a matter of timing, with shoppers moving up more of their purchases than expected.

An extra-large increase in online shopping would boost revenue at UPS, but there is also a downside risk for the company.

"UPS is likely to see cost pressure and the company has had past execution issues regarding holiday deliveries," wrote CFRA Research analyst Jim Corridore, referring to December stumbles in previous years.

Corridore downplayed late deliveries of Cyber Monday orders. But, he added, "UPS needs to make sure packages do not miss Christmas day."

The company tries to prevent just this type of bulge in volume by working with retailers and adding surcharges to discourage too many shipments on the busiest days.

UPS also planned to hire about 95,000 seasonal workers and use more automation to meet the crush of shipments. Gaut said the recent delays would not change the hiring target.