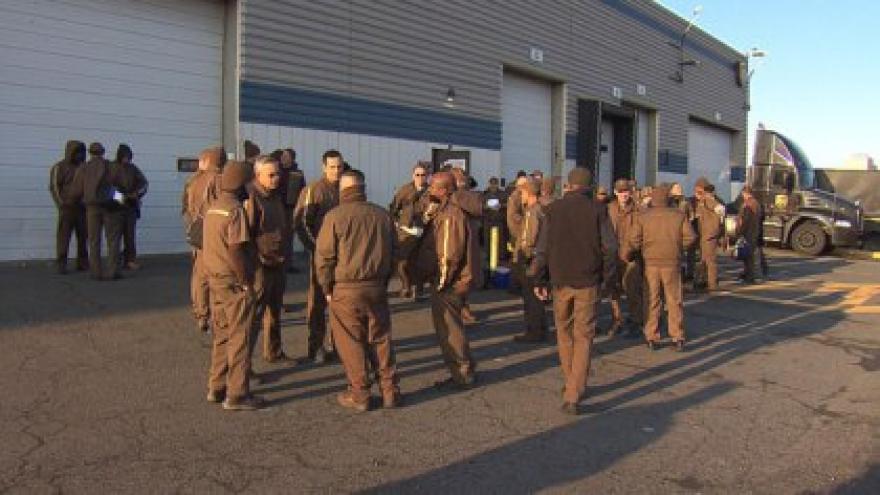 BOSTON (CBS) — UPS drivers are planning to demonstrate against a 70-hour work week during the holiday season.

The Teamsters Locals said UPS “is forcing a 70-hour week for drivers” which is “a nationwide issue jeopardizing the safety of drivers and the general public.”

UPS failed to plan ahead and hire seasonal drivers for the holidays, said the Teamsters, and instead increased the hours of regular workers to compensate.

“Teamster who usually show up for work 45 minutes early will instead demonstrate against the unfair move by management this holiday season.”

In a statement, UPS said the company “appreciates the exceptional effort of all employees during our peak holiday shipping season, when daily delivery volumes are near double the normal level.”

“Our employees’ scheduled work week is in compliance with Department of Transportation requirements,” the company said. “Union-represented employees are paid time and one-half for work above 40 hours per week and they receive the industry’s most attractive compensation and benefits program.”

They also said, “the company hires an additional 95,000 personnel to work on our facilities and as driver helpers.”

The union demands UPS “cease and desist from any implementation of a 70-hour work week.”

If they fail to do so, the Teamsters threatened legal action.

Service will not be impacted.

“No package or bottom line of a balance sheet is more important than the safety and well-being of our members and the general public we serve,” said Sean O’Brien, president of Teamsters Local 25.

According to UPS, between Thanksgiving and December 31, they will deliver 750 million packages.