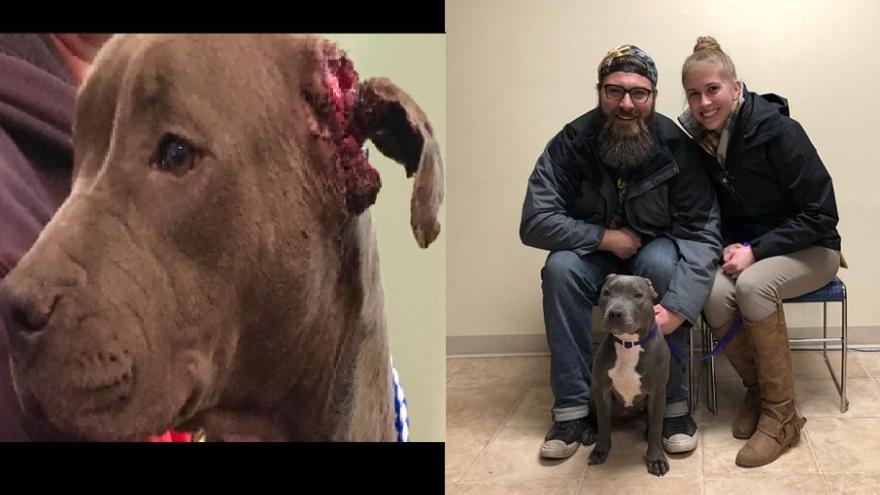 RACINE, Wis. (CBS 58) -- The puppy found in December with her ears nearly severed due to rubber bands has found a forever home. The new dog named Molly during her time at the Humane Society was adopted by a family Thursday night.

The adopting parents had been following Molly's story and checked the Humane Society website several times a day. As soon as they saw she was up for adoption they rushed in.

RACINE, Wis. (CBS 58) -- A 6-month-old puppy was found on Monday near Sanders Park in Racine County with her ears nearly severed off, a result of having rubber bands tightly tied around them.

The woman who found the dog brought her to the Wisconsin Humane Society Racine Campus.

Staff at the Wisconsin Humane Society said both ears were tied off with small black rubber bands and only a small amount of tissue held Molly’s ears to her head; staff suspect it was the result of a botched attempt to crop her ears at home.