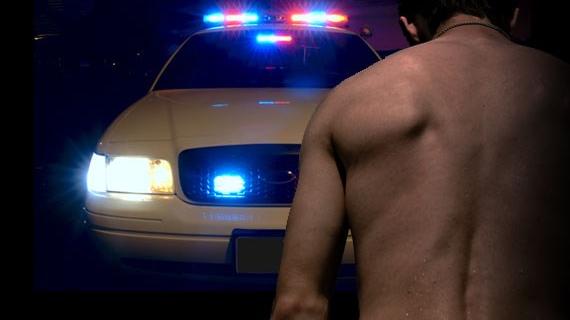 The utility vehicle was abandoned and the suspect fled on foot, stealing another vehicle in the same subdivision.

That vehicle was also abandoned a short distance from where it was stolen. The suspect then fled out of the city.

It has been reported that the man was naked while stealing his vehicles.

The man found his way on to Sugar Island located on Nemahbin Lake in Delafield where he holed up in a house.

After a short standoff the suspect came out without incident.

While police were searching for the man, Cushing Elementary School was put on lock down.

That lock down was lifted at noon.

CBS 58 spoke with resident Kim Geyer who lives along Sawyer Road near Interstate 94, and Geyer said police put her entire neighborhood on lockdown as well.

"They had all of our streets blocked off,” Kim Geyer said. “They were only letting residents coming go. And then we were told to lock our doors, so it was pretty scary for a while."

The standoff lasted for hours.

The man held up in a home for much of the afternoon.

Finally around three Friday afternoon, the 18 year-old surrendered peacefully, and came out of the empty house.

Delafield police have not released his name, but say investigators are talking with his family to learn more about his mental state.

No one was hurt during Friday’s incidents in Delafield.