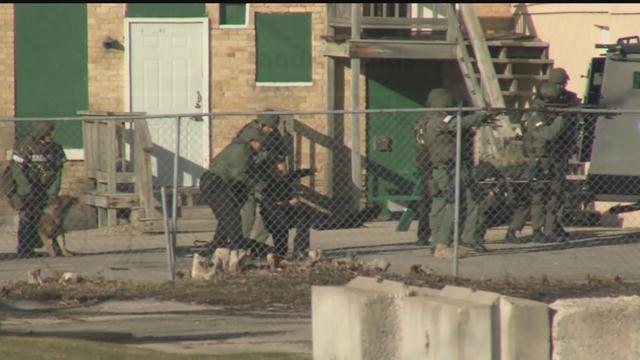 (WFRV) Neenah, WI - The man that was arrested at a motorcycle shop in Neenah on Saturday after a standoff with police has been identified.

Flatoff is being held on first-degree reckless endangering safety in the Winnebago County Jail.

After hours of negotiations on Saturday, Flatoff surrendered to police at around 1:00 PM.  He came out of the building unarmed and was arrested without incident.

RELATED: Man Killed by Police After Hostage Situation in Neenah was Co-owner of Motorcycle Shop

The Winnebago County District Attorney's Office says that charges are expected to be filed midweek.