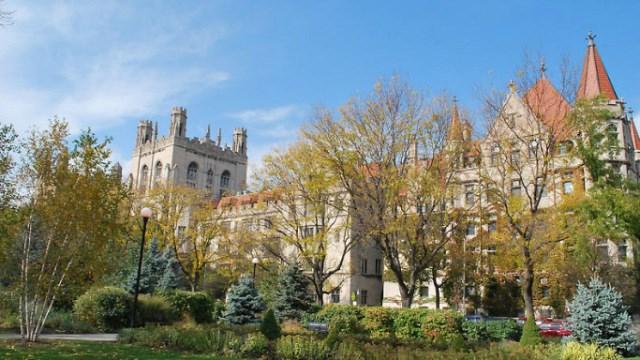 UPDATE (CNN) - Jabari Dean, 21, was arrested Monday, accused of threatening to kill students and staff at the University of Chicago, authorities said.

Citing court documents, they said that he had stated in a post on social media that he planned to execute approximately 16 students or staff, as well as "any number of white policemen."

A University of Illinois Chicago student has been arrested in connection with threats made against students and staff at the University of Chicago, according to a statement on UIC’s website.

The threats prompted the University of Chicago to cancel classes. University President Robert Zimmer told CBS Chicago the FBI was investigating an online threat of gun violence against the university, specifically mentioning the “campus quad” at 10:00 AM on Monday.

No threats were made against UIC students, faculty or staff but the UIC Police have increased patrols on campus, according to the statement.

“We are monitoring this situation closely and are concerned about the impact this has had on our campus and the University of Chicago,” stated UIC Chancellor Michael Amiridis.