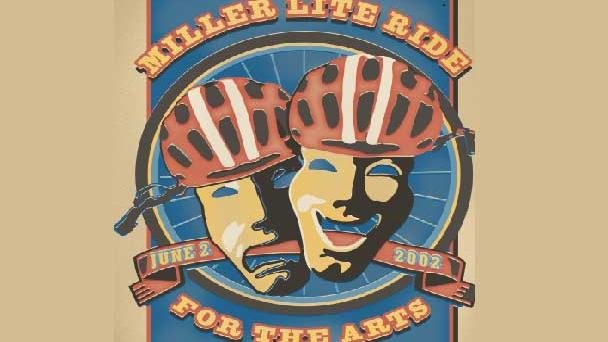 United Performing Arts Fund revealed the logo for the 35th Anniversary Ride for the Arts.

This year’s 35th anniversary logo for the UPAF Ride for the Arts, sponsored by Miller Lite, was selected through public online voting from among five past Ride logo designs.

The original 2002 UPAF Ride for the Arts logo was designed by the Milwaukee firm Versant .

This graphic will be used to promote the event on posters, tee shirts and on other promotional materials.

“Our contest provided the Ride enthusiasts with an opportunity to engage with UPAF and vote for their favorite design. For the 35th Anniversary Ride, we thought it would be great to go into our archives and give it a retro look,” said Deanna Tillisch, UPAF’s president and CEO.