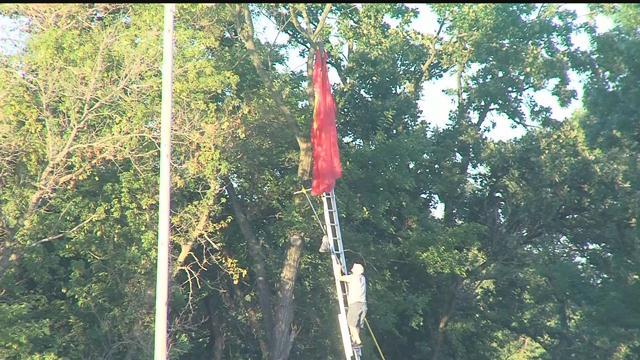 A couple of skydivers are hurt after an accident in East Troy Monday afternoon. Both skydivers went to the hospital after a crash landing.

The accident occurred around 4:50 PM near the East Troy Municipal Airport.  The Village of East Troy Police Department responded to a report of two parachutists down.  Flight for Life was called to transport a 28-year-old Waukesha man to Froedtert Hospital.  The other parachutists, a 32-year-old Scottsdale, Arizona man, was was taken to Freodtert Hospital by ambulance.  Their condition was not know at the time of the release.

The Federal Aviation Administration investigators are looking into the cause of the accident.

Both parachutists were jumping with the Skyknights Sport Parachute Club of East Troy.

It took crews hours to untangle the skydivers parachutes from the trees where they ended up near the East Troy airport.

A representative from Skydive Milwaukee says the injured people are experienced jumpers meaning they are certified and knew what they were doing, "we are concerned. Hoping for the best for our two jumpers but I'm waiting for information just like everybody else," said Todd Zimmerman.

Planes carrying the skydivers typically leave from the East Troy Airport before the skydivers jump from the plane and land in the drop zone next to the airport.