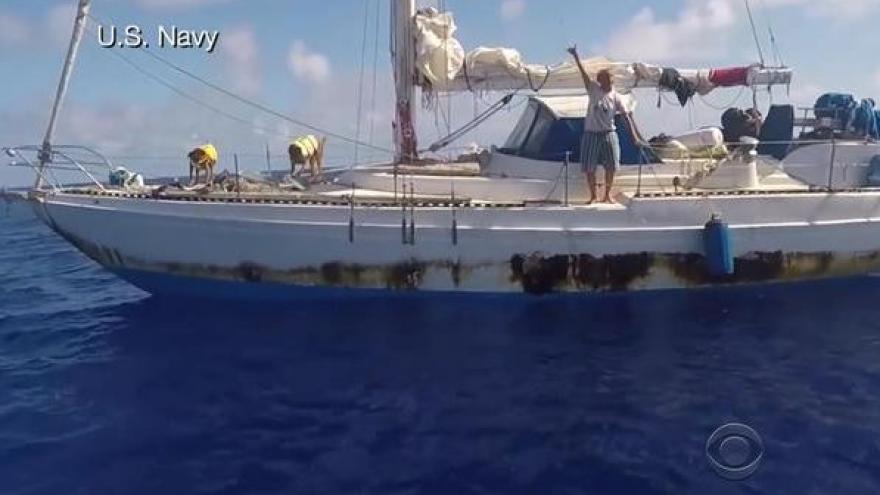 (CBS News) -- Two American women who were rescued at sea this week, along with their dogs, are sharing details of their harrowing ideal.

In the moment five months of desperation turned to joy, Jennifer Appel waved and blew kisses, while Zeus and Valentine wagged and barked with excitement.

"When we saw you guys coming over the horizon it was, 'Oh God, we're saved,'" Appel said.

Appel and Tasha Fuiaba set sail from Hawaii in May, bound for Tahiti. Their adventure took a dangerous turn when a storm swamped their engine and damaged their mast.

The 50-foot "Sea Nymph," now crippled, drifted thousands of miles off course. There were terrifying moments, including encounters with sharks.

"I went downstairs with the boys and we basically laid huddled on the floor, and I told them not to bark because the sharks could hear us breathing," Appel said.

They were running low on food -- and hope -- when help finally arrived.

"I honestly believed we were going to die within the next 24 hours," Appel said.

A Taiwanese fishing boat spotted the weary sailors 900 miles off Japan. Then the U.S. Navy swooped in and took them safely to shore.