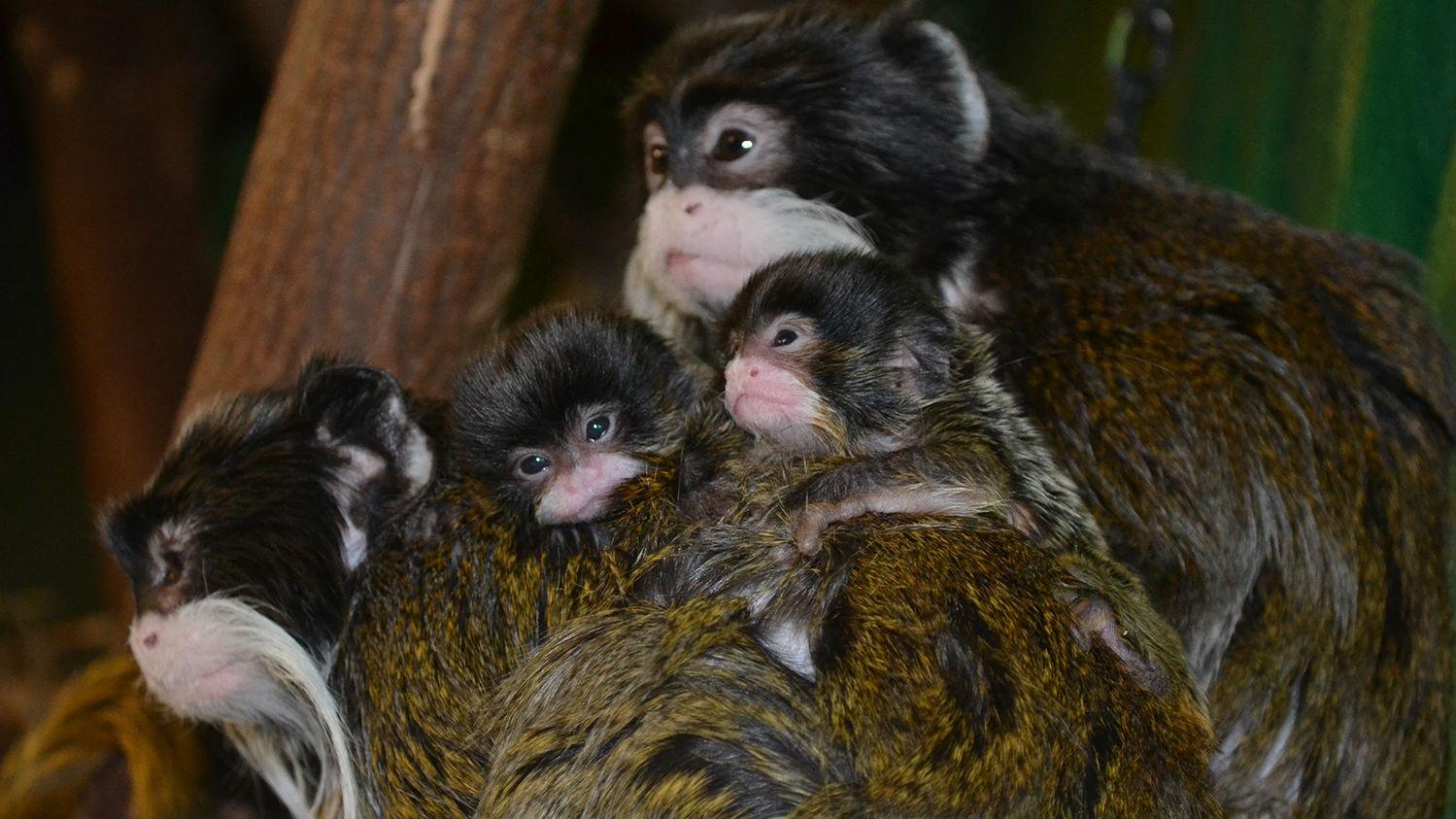 The Racine Zoo is excited to announce a breeding pair of emperor tamarins, primates known for their small size and signature long, white mustache, have just welcomed twins, according to a release from the zoo.

Arriving the morning of April 18, the newborns are thriving and weighing in at approximately 1.4 to 1.7 ounces each. Staff will determine the sex of each infant tamarin once they grow a bit larger in size. After a gestation of about 145 days, emperor tamarins typically give birth to twins but singletons, as in their first offspring, Cadeau’s case, is not uncommon.

“We couldn’t be more excited to welcome these two charismatic little primates to the world,” said Elizabeth Heidorn, Executive Director of the Racine Zoo.  “We are proud to be one of two accredited institutions successfully breeding emperor tamarins in partnership with the Species Survival Plan (SSP).  Every little bit we can do to help the species is critical.”

Mother, Isabella, acquired from Zoo New England, and father, Marquis acquired from the San Francisco Zoo, have been paired in Racine since the summer of 2012. Unlike many fathers in the animal world, the male emperor tamarin is the primary care taker. With the exception of nursing, the babies will have a solid grip on him at all times until they are about 70-days-old. Luckily, older sister Cadeau, born December of 2014, is trusted to help with the infants for short periods of time, giving dad a much needed break.

“We are fortunate to have such a compatible pair in Isabella and Marquis,” said Crystal Champeau-Williams, the Zoo’s primary primate specialist. “This is a great experience for their first offspring, Cadeau, who is learning how to care for newborns.”

Currently, there are 25 emperor tamarins participating in the Association of Zoos and Aquariums (AZA) SSP in 11 AZA accredited institutions across North America. With only seven females in the population, Cadeau will be an important breeder one day. With the emperor tamarin’s average five-year growth rate declining at a rate of 9.7 percent breeding is critical to help maintain the species’ population. Although this species is listed as least concern on the IUCN Red List of Threatened Species, the SSP population still serves an important education role in zoos.

In the wild, the emperor tamarin’s range is concentrated within the southwestern Amazon region mainly Brazil, Peru, and Bolivia. They prefer to reside within the tree canopy of lowland tropical rainforest, usually located in river basins. They are easily identified by their long, white mustache and long tail.