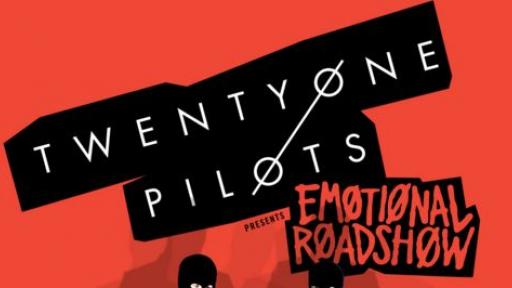 On Monday, Pabst Theater Group and Milwaukee World Festival, Inc. announced the first BMO Harris Pavilion show of 2016 featuring Twenty One Pilots - currently one of the most popular bands in the country.

Twenty One Pilots recently played a wild and celebrated sold-out show at the 3,500 capacity Eagles Ballroom in Milwaukee on Friday, 10/30 (one of the fastest sell-outs in the venue’s history). As their popularity continues to skyrocket, the band will now play the 8,000 capacity BMO Harris Pavilion this Summer.

Fueled By Ramen recording group Twenty One Pilots will be returning to the U.S. this summer for a massive headline tour. The “EMØTIØNAL RØADSHØW” tour will see the band bringing their explosive live show to arenas and amphitheaters across the country and is set to kick off on May 31st at Cincinnati, OH’s US Bank Arena. The summer-long trek includes the chart topping duo’s biggest headlining shows in North America to date and will culminate with a special performance at New York City’s Madison Square Garden on August 10th (see attached itinerary).

Twenty One Pilot’s current “Blurryface Tour” has proven to be a phenomenal success with all dates swiftly selling out. Highlights from the road have included a stunning two night stand at New York City’s Hammerstein Ballroom, capacity crowds at Colorado’s Red Rocks Amphitheater and Los Angeles’ Greek Theatre as well as a victorious homecoming performance at Columbus, OH’s Schottenstein Center. Furthermore, 2015 has also seen the duo of Tyler Joseph (vocals/piano) and Josh Dun (drums) performing top billed sets at Las Vegas, NV’s Life Is Beautiful, Austin, TX’s ACL Music Festival and Chicago, IL’s Lollapalooza where Rolling Stone declared the band to be among the “40 Best Things We Saw At Lollapalooza,” writing “(Twenty One Pilots) has succeeded as much as any band in recent history when it comes to over-inclusion. By trying on nearly everything in the pop-music spectrum (as well as nearly every form of headgear), (Tyler) Joseph and Josh Dun yielded huge, if unlikely, success.”