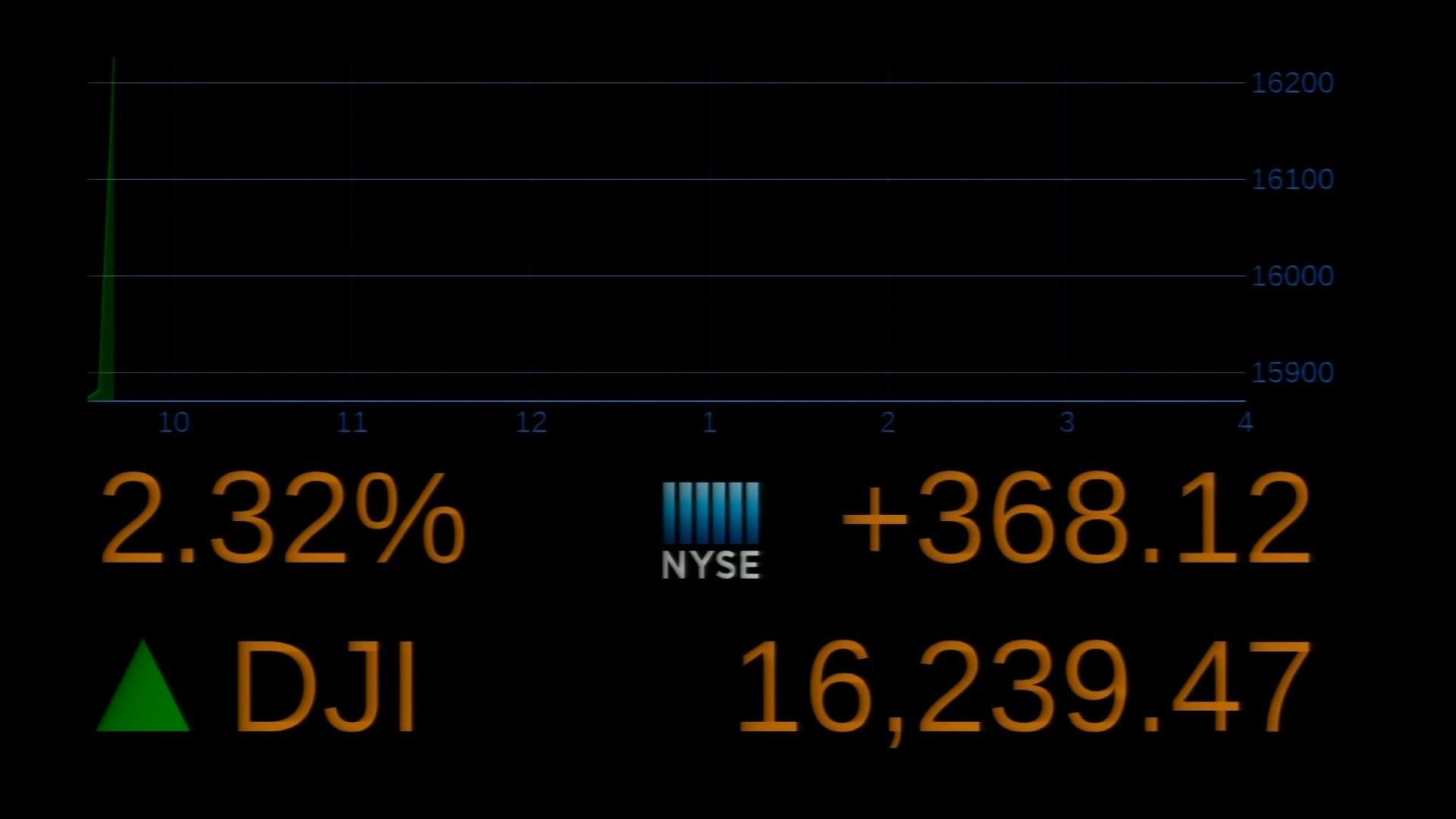 Buyers are making a comeback on Wall Street. The Dow soared more than 380 points in the minutes after Tuesday's opening bell as China attempted to revive its slumping economy.

The big gains mark a rebound from a dramatic wave of selling that has slammed stocks in recent days. The Dow plummeted an unprecedented 1,089 points at Monday's opening bell -- and closed the day down nearly 600 points -- due to deepening fears about China's economic slowdown and its crashing stock market.

Some sort of bounce was anticipated due to the enormous losses inflicted. All three major U.S. equity indexes had plunged into correction territory -- their first 10% decline from recent highs since 2011 -- even though the American economy doesn't appear to be falling off a cliff.

China tries to calm the stem the bleeding

\"Equities are sprinting to a gigantic open higher. The lighter fluid on the flame was that China cut interest rates. That's obviously the biggest concern out there,\" said Mark Luschini, chief market strategist at Janney Capital Markets.

In a sign of the turbulence in China, the Shanghai Composite plunged another 7.6% on Tuesday. The selloff occurred prior to the interest rate cut by China's central bank. The bubble in Chinese stocks has burst, leaving the Shanghai index down a whopping 42% since June 12.

For now, investors around the world are cheering China's emergency actions. European stocks surged 4% higher, while crude oil prices bounced more than 3% to climb back near $40 a barrel.

The big gains underscore how much China matters to the global markets. China is the world's second-biggest economy and its explosive growth over the past two decades helped lift many other countries. That's especially true for emerging markets like Brazil that rely on China's huge demand for its natural resources.

Of course, Tuesday's turnaround doesn't mean everything is back to normal in the global financial markets just because China cut interest rates. Volatility remains extremely elevated and more turbulence may lie ahead.

\"Investors are jittery about what's going on. We don't even know if China's actions will work -- and if it does, it'll be with a lag,\" Luschini said.