Right now, the closest hospital to Milwaukee offering water births is in Madison.

The practice isn't regularly offered in hospitals and is typically done at home with a midwife or doula. Sinai's study is focusing on the benefits of offering the option in a hospital setting.

"In my experience it was much easier with her in the water," said study participant, Beth Connors.

"Easy" isn't usually a word to describe giving birth, but the birth of Connors' baby, Avery, in May was much easier than her first child.

"I always knew I wanted a water birth, but I wasn't comfortable giving birth at home," Connors said.

She was able to participate in the study. The inflatable tub offered her freedom, with the peace of mind of a hospital staff on standby.

"I felt like it was my own space to birth, and the midwives and nurses were very supportive," Connors said, "Lower stress completely. I felt like I was completely in control of the situation."

While the American College of Nurse Midwives says water birth is a safe option for low-risk pregnancies, there is little research done in a hospital setting.

Aurora Sinai has wanted to offer the option for decades.

"One way to move forward in our goal to offer it to more low-risk people would be to study it and show safety," said Emily Malloy, a CNM and midwife researcher.

The voluntary study is randomized with low-risk pregnant patients. Half will do a typical bed birth, while the other half has the option for a water birth.

"We know from some literature that people who give birth in the water have less tearing, there's increased buoyancy and sense of control for the mom, more position changes, less hypertension," Malloy said, "For the babies, there's immediate skin-to-skin contact." 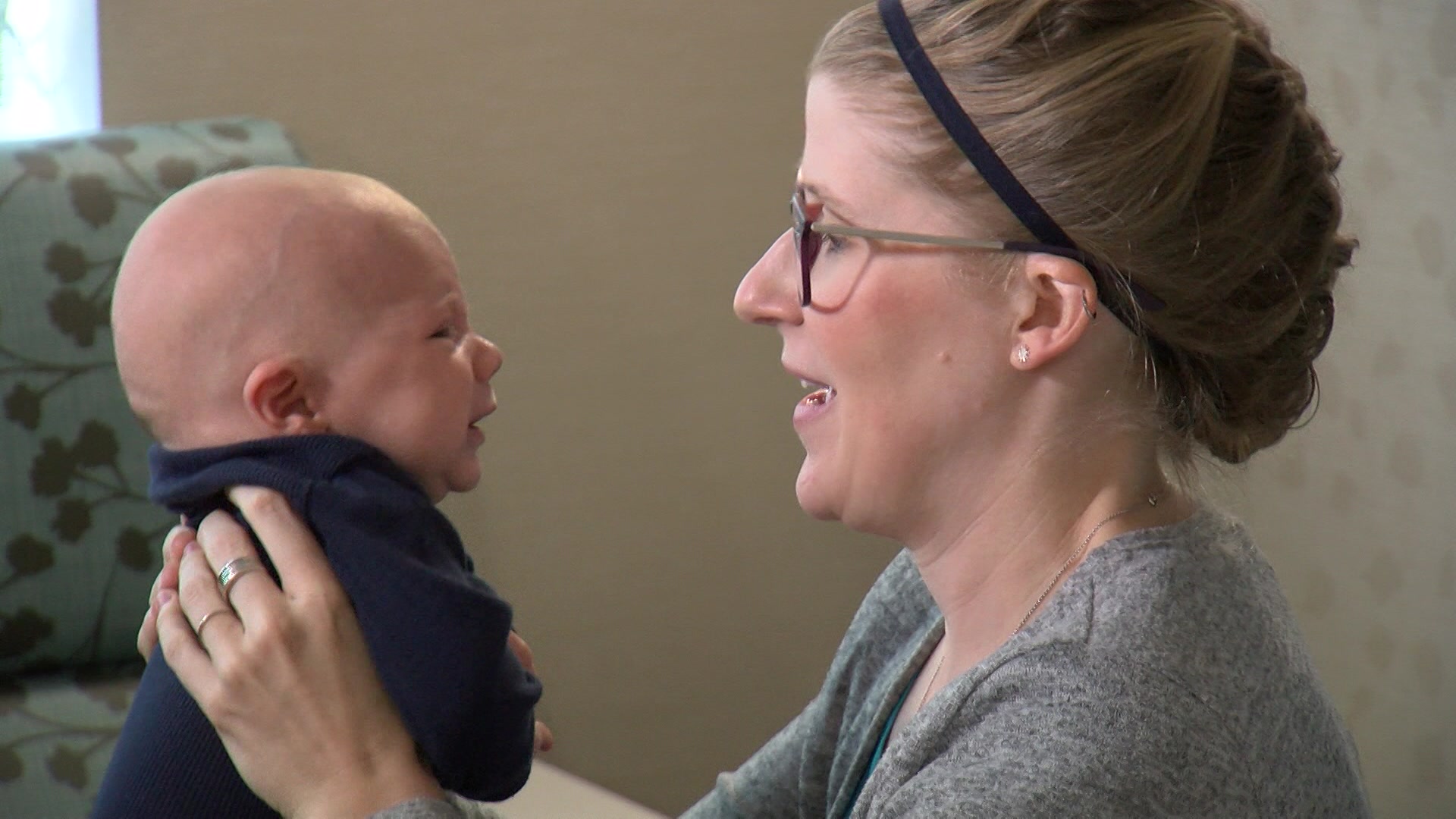 At one point she moved to the bed but it didn't last long before she went back into the water.

"I think it was a little humorous to the team, my facial expression of how much more painful the experience was traditionally in bed, than it had been when I was laboring in the tub," Hisamoto said.

The goal of the research is to allow in-hospital water births to become a more common practice, with a safe connotation.

"We'd like to see that both options -- both the water birth and the land birth -- are safe," Malloy said.

So far there have been 14 water births as part of the study. They're hoping to have at least 40 water births total for the research.

The study is still open to interested pre-natal patients at Aurora Sinai with a low-risk pregnancy.