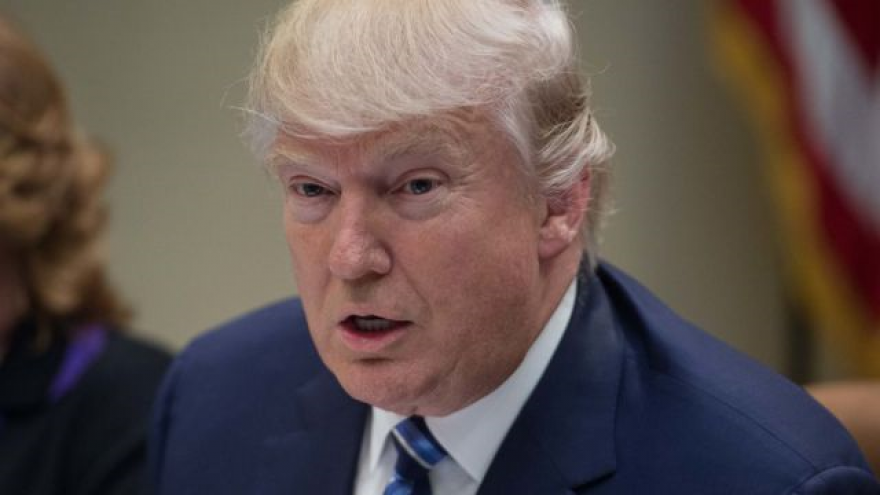 WASHINGTON -- President Trump ruminated over his plans for his health care overhaul and previewed the agenda for his southern White House summit with Chinese President Xi Jinping this week in an interview with the Financial Times. Not surprisingly, trade and North Korea appear to be his top concerns for the Xi meeting.Xi will be visiting Mr. Trump at Mar-a-Lago Thursday -- in terms of what to expect, Mr. Trump told the Financial Times that he has “great respect” for Xi, and “would not be at all surprised if we did something that would be very dramatic and good for both countries, and I hope so.”North Korea and its provocations are on the agenda for their meeting -- China, Mr. Trump said, “Will either decide to help us with North Korea, or they won’t.” Later in the interview with the FT, Mr. Trump promised, “[I]f China is not going to solve North Korea, we will,” and further, he said he believed the North Korea problem could be solved without China’s help.

He told the FT,  “[I]f they do, that will be very good for China, and if they don’t it won’t be good for anyone.” The incentive, Mr. Trump said, is trade: “It is all about trade.” With the trade imbalance between the two countries in mind, he told the FT that he intends to tell Xi that the U.S. “cannot continue to trade if we are going to have an unfair deal like we have right now.” For this meeting, though, Mr. Trump does not intend to broach the topic of tariffs.On the failed health care vote, the president said he wasn’t expecting the House to try to vote. “I was surprised by that,” Mr. Trump said. “I didn’t want to take a vote. It was my idea. I said, why should I take a vote?”

But he went on to refer to the pulling of the legislation from the floor as not “a definitive day,” and he said that negotiations are continuing. “It will be a repeal and replace of Obamacare, which is the deal that is being negotiated now,” he said. “And if we don’t get the ... Freedom Caucus there that would be fine.”He suggested his preference is to push health care through with Republicans, and a compromise with Democrats would be his second choice.  “If we don’t get what we want, we will make a deal with the Democrats, and we will have in my opinion not as good a form of health care, but we are going to have a very good form of healthcare and it will be a bipartisan form of health care,” Mr. Trump said.