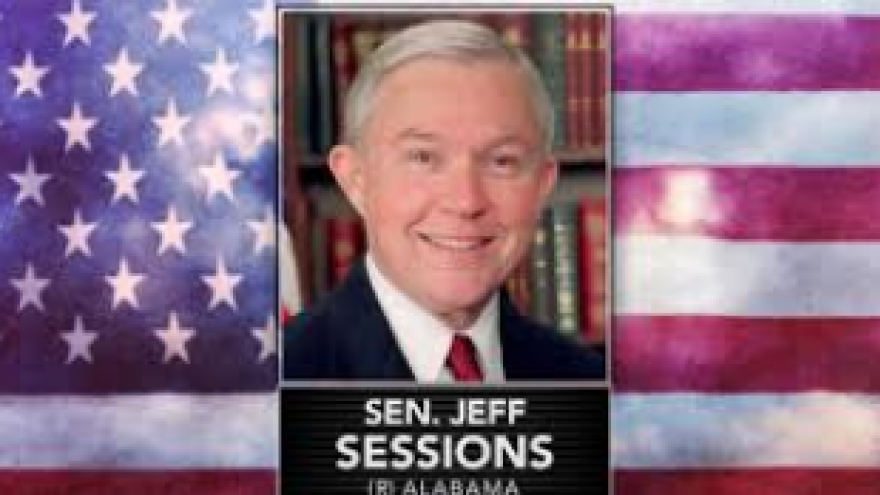 Washington (CNN)President-elect Donald Trump has selected Sen. Jeff Sessions to be his nominee for the next attorney general, an official close to the transition process told CNN Friday.

The official said the offer had been made officially but it was unclear as of Friday morning whether Sessions had accepted.

Sessions, 69, is currently serving his fourth Senate term and was the first sitting senator to endorse Trump. During Trump's campaign, he served as a key validator from within the Republican establishment at critical times and urged Republicans to coalesce around Trump.

When asked whether Sessions had been offered the attorney general position, Republican National Committee spokesman Sean Spicer told CNN Friday, "until Donald Trump says it, it's not official."

Sessions had been in consideration for several Cabinet positions, and as one of Trump's earliest and most loyal supporters.

"While nothing has been finalized and he is still talking with others as he forms his cabinet, the President-elect has been unbelievably impressed with Senator Sessions and his phenomenal record as Alabama's Attorney General and US Attorney," the statement said.

United by their hardline stance against illegal immigration, Sessions helped Trump craft his campaign's national security policy. His top policy adviser, Stephen Miller, also joined Trump's campaign.Sessions was one of President Barack Obama's fiercest opponents, voting against his nominees to the Supreme Court from his post on the Judiciary Committee and opposing Obama's other major domestic initiatives.

He's broken ranks with Republicans, as well, voting against the bank bailout amid the 2008 economic collapse.

The former US attorney for the Southern District of Alabama and Alabama attorney general isn't without controversy. His appointment to a federal district court by then-President Ronald Reagan sank when a former Justice Department employee testified that Sessions had made racially tinged remarks.He had denounced the 1965 Voting Rights Act and had labeled the American Civil Liberties Union and the NAACP "un-American" and said the organizations "forced civil rights down the throats of people."

A black Justice Department staffer said Sessions had called him "boy" and claimed he had thought the Ku Klux Klan "were OK until I found out they smoked pot."

Sessions was mentioned as a potential running mate for Trump and advised him on his selection of Indiana Gov. Mike Pence, who is now helming Trump's transition effort.

In May, Trump called Sessions a "fantastic person."

The Alabama senator said during a taping of Politico's "Off Message" podcast that same month that "the leaders in all parties tend to adjust to reality. They just have to or they won't remain in office ... Already, many are sensing it."

Sessions has also defended one of Trump's most controversial policy proposals: His ban on Muslims traveling into the United States."He simply said, and the way I understand it is, that we should slow down. Let's have a pause and begin to analyze where the threats are coming from," Sessions told CNN in June, amid questions about whether Trump's position was shifting. "We have a toxic ideology, hopefully very small within Islam; certainly most people, most Muslims don't agree with this violent, jihadist approach. And we need to figure out a better way to identify that."

In the past, Sessions has signaled support for a no-fly zone in Syria.

"We need to consider the political ramifications. What's happening to Europe as a result of refugee flows is just incredible. Three senior European officials told me the European Union is threatened by this, the very existence of it," he said in a Senate Armed Services Committee hearing in January 2016.

He has also critiqued Obama's handling of Syria.

"The situation in Syria is a colossal disaster. I do not believe it had to happen. I believe a wise statesman could have foreseen some of the difficulties we're facing today. And we should have been more cautious and careful in our declarations of how we expect Syria to develop over the years. It hasn't developed like President Obama projected. And disaster has been the situation," Sessions said at a September hearing. "It seems to me that the problem is that, with our support, ISIS is being damaged, but they're not utterly destroyed."

Like Trump, Sessions has questioned whether European countries are contributing enough to NATO.

"I am wondering do they have a will to survive themselves and/or have they just gotten in the habit of expecting us to step up to the plate to fund their defense. It is an unacceptable thing," he said in March.