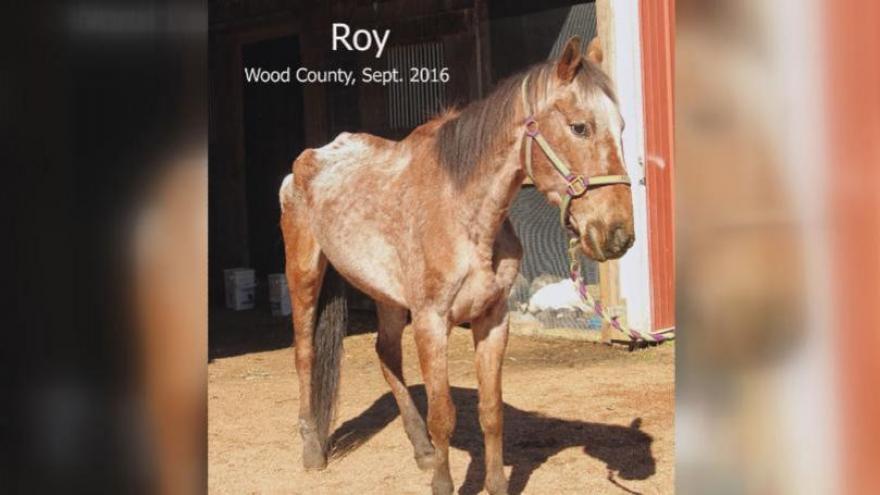 WISCONSIN RAPIDS, Wis. (WSAW) --- A one-day trial is scheduled to be held in June for a 57-year-old woman accused of mistreating a horse, later resulting in the animal having to be euthanized.

Belva Bowden is charged with misdemeanor of intentionally mistreating animals.

Witnesses said the horse, named Roy, was found by drivers on the side of a highway in Wood County in September 2016. When the officer arrived at Bowden's Babcock home, she noted there was some grain in a feed bin, a shelter, and a large bale of moldy hay. Bowden said she had been using the hay to feed the horses.

The officer also noted about a dozen other hay bales in good condition, but they were not in a location her horses could access.

According to court documents, when the officer asked Bowden why Roy was so thin, she responded that Roy was older and had not been eating and that she had not sought out any veterinary care for him.

The veterinarian who tried to save the horse said he had to be put down because nursing him back to health risked making him suffer a slower, more painful death. Roy was put down in early October.