TRENDING: Woman's Friends Raise Money to Buy Her a New Scarf After Husband Gives Her to the Mistress 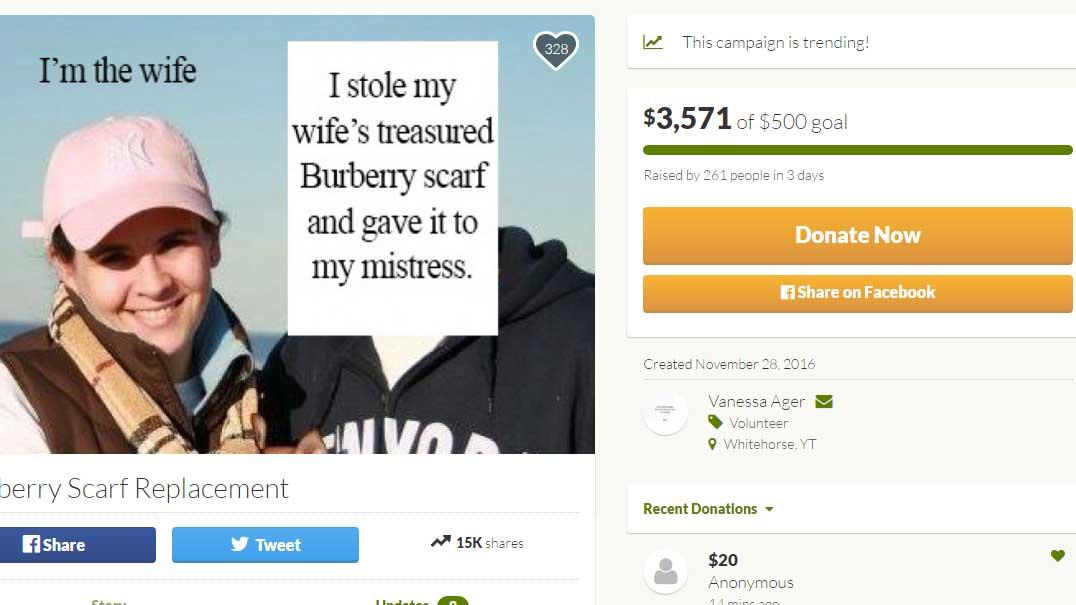 A woman’s best friends created a GoFundMe for a Burberry scarf that her husband gave to his mistress.

A GoFundMe campaign for a scorned woman has raised more $3000 than the friends were asking.

According to the post, the woman’s husband left her after getting his mistress pregnant.

The couple was together for 20 years and had eight children.

According to the GoFundMe, the woman was a stay at home wife that was low key and her only treasure was a Burberry scarf.

One day it disappeared and she found out her husband gave it to his mistress.

The women said they wanted to buy her a new scarf she could “rock… like the boss that she is.”

The woman commented on the GoFundMe saying she does not want the scarf but for the money to go to charity.

“In this last year I never felt more unloved, thrown away, useless and unwanted. And if the purpose of this campaign was to prove that wrong, MISSION ACCOMPLISHED,” posted the woman.