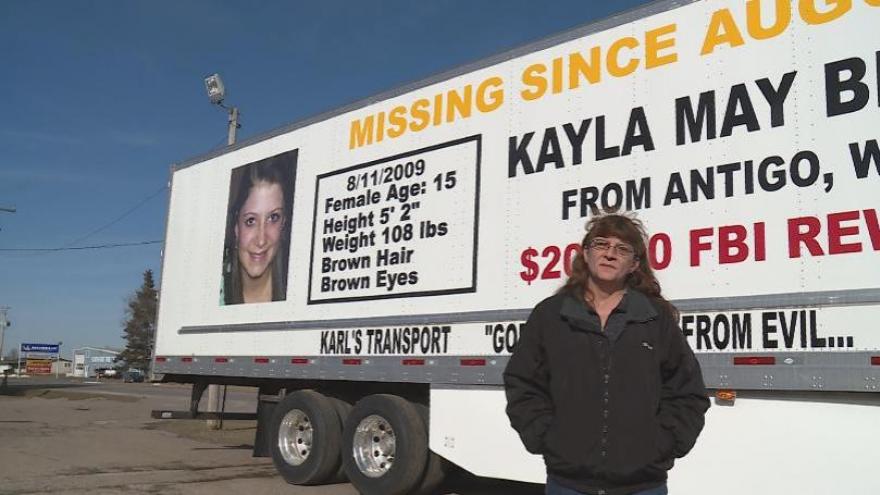 The trailer will be traveling the country as part of Karl's Transport's fleet of trucks. The company makes deliveries all over the United States.

Detective Sergeant Dan Duley says this is a way to get more eyes on the case that the Antigo Police Department wouldn't have been able to afford.

The idea came up a few months ago when the company decided to do a series of dedication trailers, and someone mentioned Berg's still open case.

"Something like this kind of gives hope back to the community, because she wasn't just taken from her family, she was taken from the community," said Stacey Keyley, the Graphics Manager at Karl's Transport.

By Monday, the truck will be on the road.

"We don't want anyone to forget that she is missing," Keyley said.

The enormity of the trailer and it's potential impact isn't lost on Sprenger. "This will be seen by millions of people as it gets trucked across the United States. It's an amazing feeling," Sprenger said.

Sprenger, Duley and Keyley all hope that this trailer will help generate more tips that lead to Kayla Berg.

"The biggest hope is to find Kayla and bring her home," Sprenger said.

Kayla Berg has been missing since August 11, 2009. She was 15 years old. The Antigo Police Department has not stopped investigating the case, and anyone with information can call (715) 627-6411.