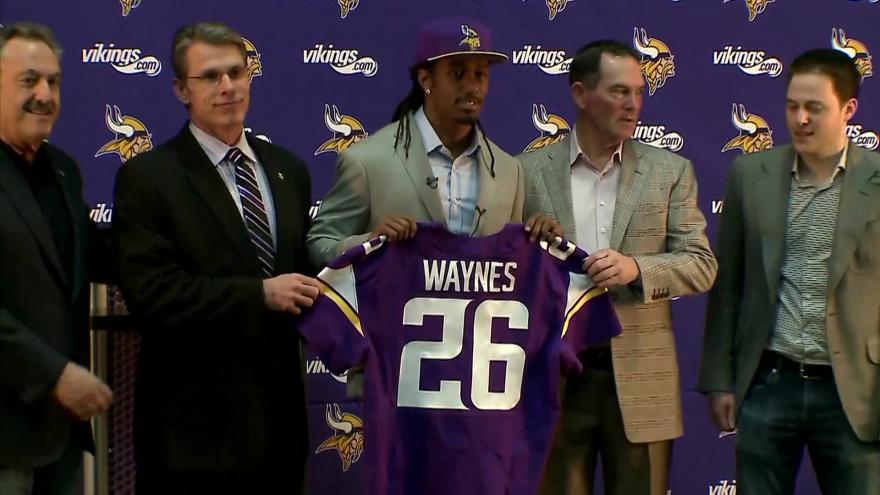 This weekend the Packers travel to take on the Vikings, and a Kenosha native will be on the field.

Trae Waynes is the conerback for Minnesota.

"My Husband did not play football actually Trae is the only person in our family who has played football," said Erin Waynes, Trae's mom.

Vikings cornerback Trae Waynes was born into a family of fast runners.

The Kenosha family quickly turned into football fans, as their son became a standout for the Bradford High School team.

"One game in particular at Bradford against Marquette ... And that was a tough game to lose, and a lot of guys were very upset, I was crying on sidelines, but Trae was, 'time to move on,'" said Waynes.

She says Trae has always been good at shaking things off.

"They say cornerbacks got to have a short memory. Basically meaning if you mess up you got to forget about it and get back out there. We have not had any late night phone calls feeling down on himself," said Waynes.

Waynes played at Michigan State and in college, and then he was a first round draft pick for the Vikings in 2015.

"I will be wherever Trae is. I will be the fan for that team. So, I'm a Vikings fan," said Waynes.

Waynes has enjoyed being able to see her son grow on the field.

"Because he was a first round draft pick, people were expecting him to go out that first year and make a name for himself. That didn't happen but that's okay, that's not what the Vikings had in mind for Trae."

His family is especially happy they can see his games in person.

"We were very blessed that it was with the Vikings because of the distance. We're able to go to most of the games."

She'll be watching the game on Sunday at US Bank Stadium, but she says soem of Trae's friends have a hard time at border battle games.

"This weekend he's got friends going out to the game and they've already made it clear they're wearing packer jerseys," said Waynes.