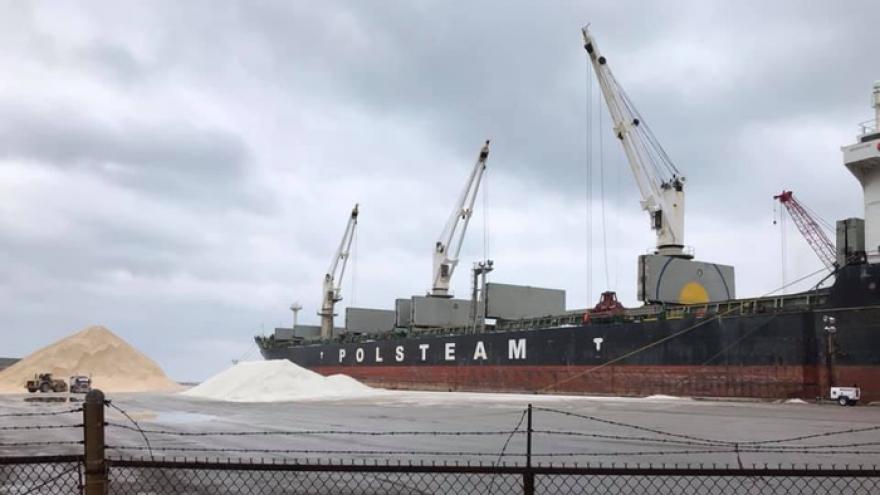 MILWAUKEE (CBS 58) -- Trade officials are still trying to hammer out a deal between the U.S. and China. One sticking point includes resolving how much American grain China will buy. The fallout from the disagreement is showing up at Milwaukee's port.

Workers scurried around unloading a ship carrying a load of salt Monday, Nov. 18. The amount of activity can mask the impacts of multiple trade disputes.

Port Milwaukee spokesman Jeff Fleming said, "It's clearly been a disruption. We're seeing it in some ways, surprisingly not in others."

Fleming said the ongoing trade wars mean the ship will likely leave Milwaukee empty, instead of picking up a load of Wisconsin grain.

"It may go to Thunder Bay, Ontario where it can load Canadian grain for the international market," Fleming said.

He said grain exports from Milwaukee are way down. 80,000 tons have been exported this year. In a normal year, Milwaukee can export two or three times that amount. But Fleming said steel imports keep sailing in despite U.S. tariffs.

Fleming said, "No shipper likes uncertainty, and the trade wars cause uncertainty. "

Losing these shipments costs Milwaukee taxpayers. The port charges dock, rent, and cargo fees. Any profits flow into the city's general fund. Until U.S. trade stabilizes, Milwaukee will have to deal with choppy trade waters.