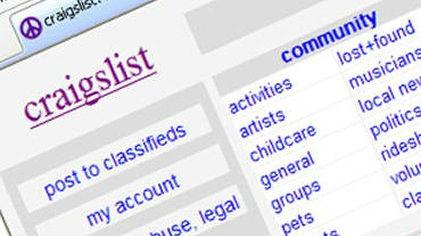 (CNN)Fed up with his son smoking weed and "acting all thug," a Florida dad sold the teen's SUV on Craigslist.

And he agreed to take $250 off the price if the buyer lived in the area just so his son would see the vehicle every now and then to remind him "how good he had it!"
Ouch.
Allan Gieger Jr. told CNN he did it only with his son's best interest at heart.
"I've been having some issues with my son over the past year," Gieger said. "I don't want to see him struggle the way I did."
Like the dad who shot his daughter's laptop, or the mom who posted a video of her berating her teen for suggestive posts, Gieger's is the latest example of parental tough love that has caught the Internet's attention.
The Craigslist post was shared over a thousand times on Facebook, to mostly positive reviews.
Gieger says he has received calls and messages praising him for "standing for up for other parents."
Gieger bought his son the '98 Ford Explorer for his 16th birthday to drive to school and to work. But like a lot of teenagers, the younger Gieger had some other, uh, ideas.
Ideas that Gieger and his wife did not approve of, like taking his friends for rides, smoking pot and neglecting to show his parents the "respect" they deserve.
"Like every parent, we went through every avenue," Gieger said. "We tried talking to him."
But talking was doing no good.
So they decided to do something "creative" about it.
"I was tired of being embarrassed," Gieger said.
The truck sold in just two hours.
Allan Gieger III is upset his truck is gone, but it looks like he's coming around.
"It's been an eye-opening experience," the dad told CNN. "He's started talking to me about helping him reach his new set of goals."
Though the truck belongs to someone else now, Gieger says he's leaving the post up for good measure -- a reminder to keep his son in line.
Share this article: