Touch this new postal stamp, and you'll see a total eclipse of the sun 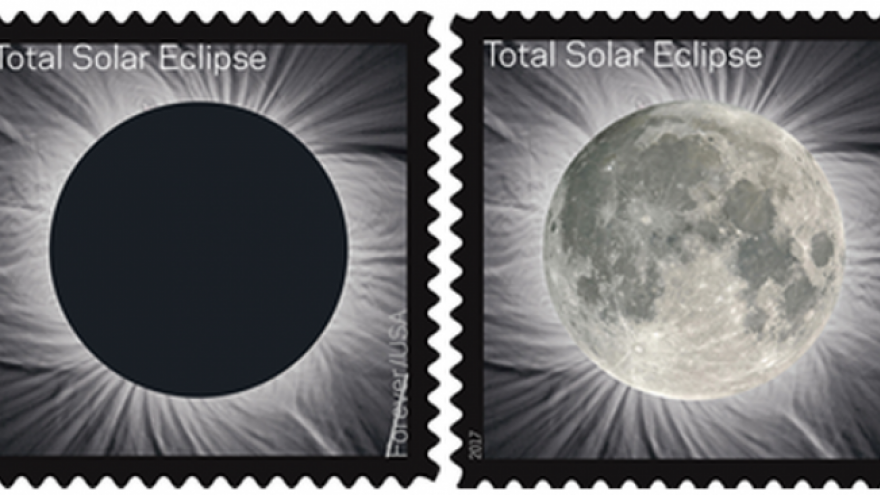 CAPE CANAVERAL, Fla. — (CBS NEWS) The U.S. Postal Service is going all out for this summer's total solar eclipse, with a first-of-its kind stamp.

The ink is vulnerable to UV light; ironically, that means that the stamp should be kept out of direct sunlight to preserve the special effect, the U.S. Postal Service warned.

There's a map on the back of the stamp sheet showing the diagonal path the solar eclipse will take across the United States on Aug. 21, as the moon covers the sun in the sky.

It will be the first total solar eclipse visible in the continental United States since 1979 and the first one seen coast to coast since 1918. Millions of people across the U.S. are expected to view the event, which will traverse an arc west to east from Oregon to South Carolina, including parts of 14 states. (If you want to see it, NASA advises using a special solar filter or a pinhole camera for safety: "You can never look directly at the sun, and an annular eclipse is no exception!")

The 49-cent "Forever" stamp celebrating the solar eclipse comes out June 20 — on the summer solstice.