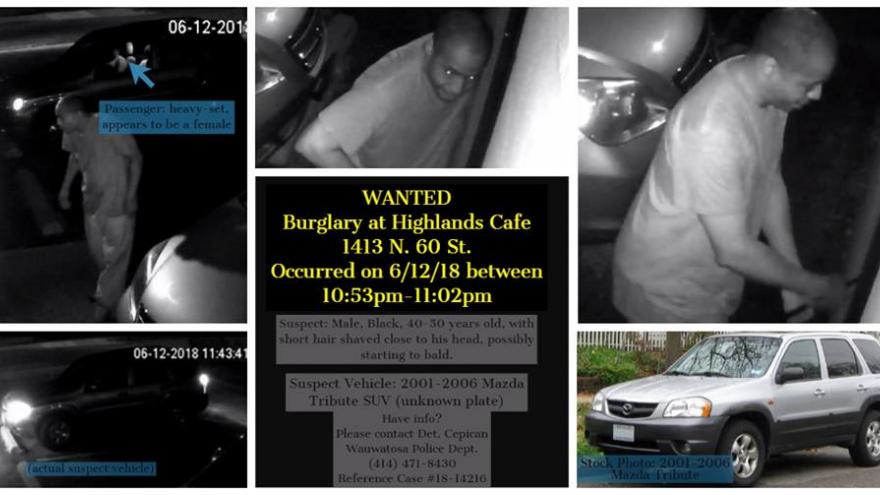 WAUWATOSA, Wis. (CBS 58) -- Wauwatosa Police are hoping to identify a suspect accused of a burglary at Highlands Cafe located on 60th Street. The burglary happened June 12 between 10:52 p.m. and 11:02 p.m.

The suspect used a tire iron to force entry into the cafe.

The suspect is described as a man in his 40s with short hair shaved close to the head possibly starting to bald. He is believed to be driving a 2001-2006 Mazda Tribute SUV with an unknown license plate.