UPDATE: One arrested, four in hospital after two-vehicle crash near 12th and Orchard 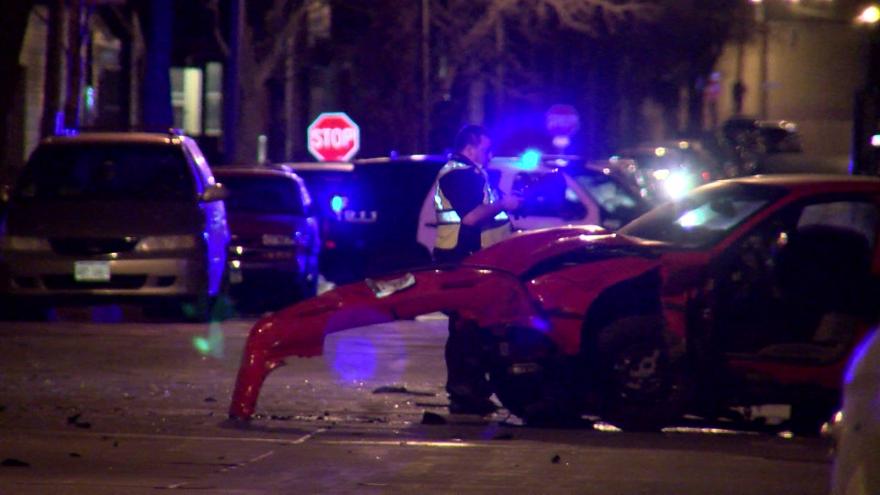 MILWAUKEE (CBS 58) -- According to Milwaukee Police, around 9 p.m. April 25, a Chevy Impala attempted to elude officers at a high rate of speed traveling eastbound on W. Orchard St. The vehicle then ran the stop sign at the intersection of W. Orchard St. and S. 12th St., and crashed into a Honda Accord heading northbound on S. 12th St.

The Accord driver, a 43-year-old man, was the only person in the vehicle. He was seriously injured, treated on-scene and transported to a local hospital.

The three occupants in the Impala were a 30-year-old man, a 26-year-old man and a 23-year-old woman. All three were injured during the crash and conveyed to a local hospital for non-life threatening injuries.

Following medical evaluation, the driver of the striking vehicle will be arrested, and the investigation is ongoing.

All three people were in the same car. Police did not say what they were arrested for.

The driver of another car remains in the hospital.

The Milwaukee Fire Department responded to the area of 12th and Orchard around 8:25 p.m. for a report of a multi-vehicle accident.

At least one patient had to be extricated from their vehicle.

Three people were taken to local hospitals for treatment of their injuries. There is currently no word on their condition.

There is currently no word on what lead up to the crash at this time. Milwaukee Police are investigating.