Three Milwaukee women charged after allegedly stealing over $4,000 in merchandise from Kohl's 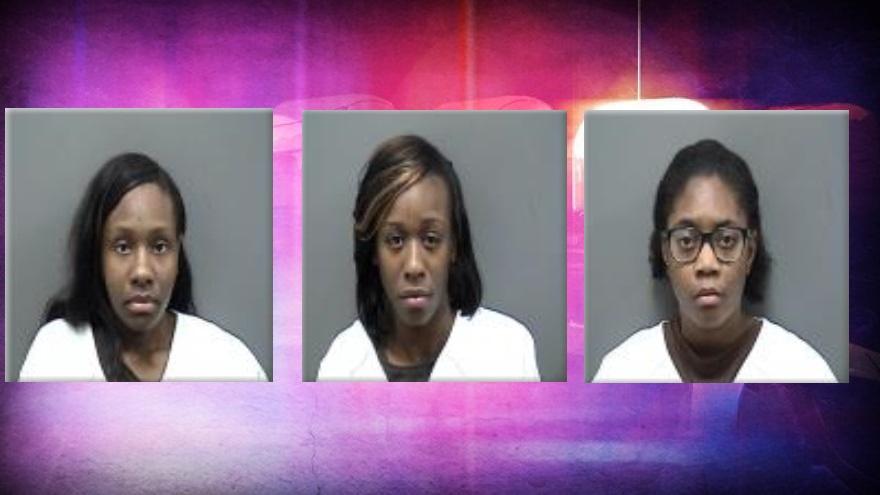 RACINE COUNTY, Wis. (CBS 58) -- Three Milwaukee women are now charged after police say they stole over $4,000 worth of merchandise from a Kohl's Department Store in Mount Pleasant.

Shalonda Bradford, Dimonique McPike, and Nicholette Glover are all facing charges of felony retail theft and resisting an officer.

Mount Pleasant Police were called to the store, located at 5500 Washington Avenue, on September 14 for a report of a retail theft in progress.

Police learned that three women were in the store, selecting items, and placing them in shopping bags. The women then allegedly tried to walk out without paying but were stopped by loss prevention employees.

Officers arrived on scene and attempted to place the women under arrest.

That's when Bradford allegedly pulled and twisted to try and get away from an officer.

McPike and Glover then allegedly tried to flee the scene.

Both were taken into custody.

The total value of the merchandise that they attempted to steal was $4,283.