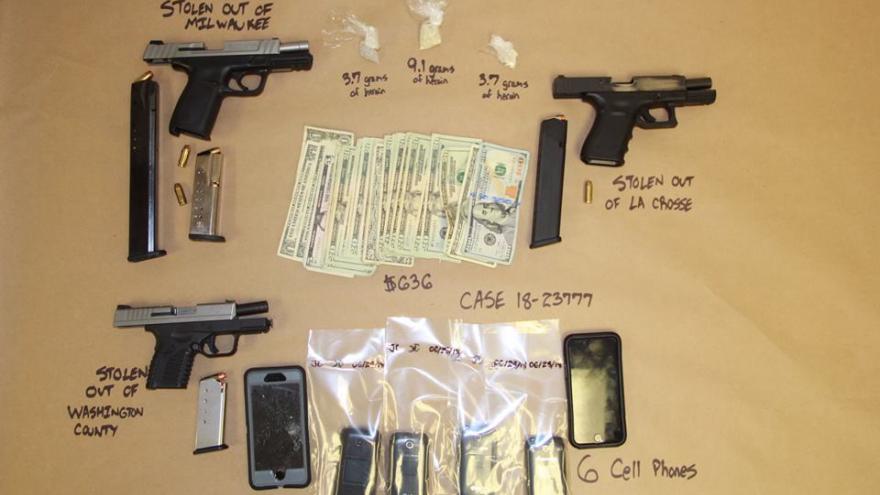 The suspects were arrested in commercial parking lots. One of the three was released without charges and a fourth is still being sought.

The two suspects ages 25 and 29 are being held in Washington County jail awaiting charges related to drug delivery and possession of stolen guns.