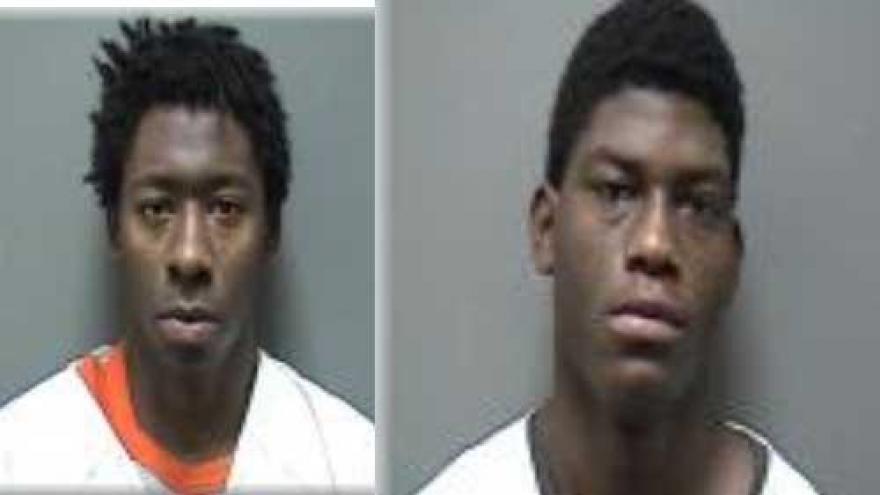 RACINE COUNTY - Koven Blakey and Jarrel Gordon, both 17-years-old, and Roosevelt L Busby, 18-years-old, are now facing counts of burglary of a building or a dwelling as a repeat offender.

On December 4th of last year, Racine Police officers were dispatched to the 2300 block of Summit Ave. in the city of Racine in reference to a burglary. The victim informed officers that he was grilling breakfast in his garage when he heard a knock on the front door of his home. When he answered the door, a young man asked if he had seen a loose pit bull because his dog was loose. As the victim was speaking with this individual, he heard the back door to his house close. He went to the kitchen and noticed that his car keys and money clip were missing. The victim then heard his car, a 2013 Toyota, pull out of his garage and proceed across the front lawn striking a wooden fence and causing damage.

As City of Racine officers were speaking with the victim, Mount Pleasant Police officers located the vehicle and followed it to the 2800 block of Crossridge where the occupants then fled the scene on foot.

That same day, Officers on duty for the Village of Mount Pleasant saw three males walking through the neighborhood and they were recognized as not being from there. According to police, the three males fit the description provided by the original victim. The three men claimed that they were lost and trying to get back to Kenosha. Officers offered the three individuals a ride to the Kenosha border.

Per department policy, the males and their backpacks were searched prior to the individuals being driven in the car for officer safety reasons. In one backpack, officers located knives. The other backpacks were also seized but not initially searched. As the males were entering the squad, the officers learned that the police department had received multiple theft from vehicle reports in the area where Busby, Blakey, and Gordon were found.

Investigators located the original victim's keys and money clip in the property recovered from the three men. Several other victims also came forward with missing property claims. One individual in the Village of Caledonia reported his Apple watch and Gun case was taken from their car. That watch and gun case was also in the property that was recovered.

Gordon and Blakey will make their initial appearance March 3rd. A warrant has been issued for Busby.