Three diagnosed with monkeypox in England 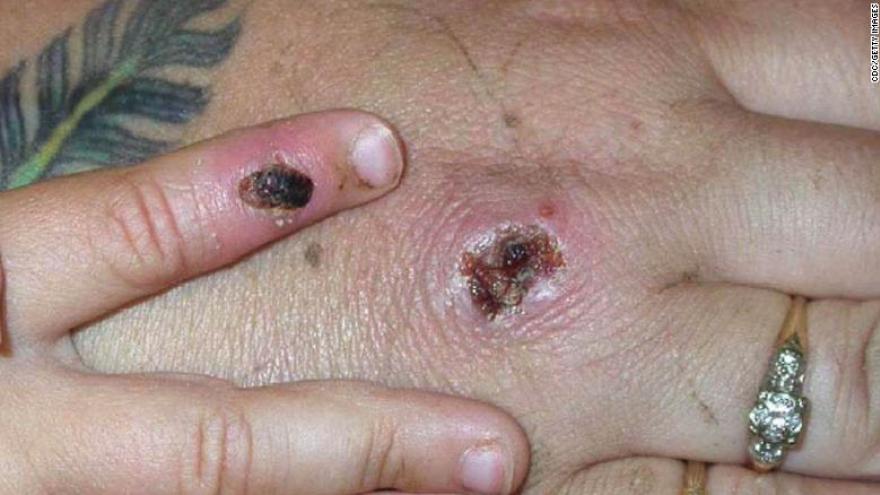 (CNN) -- A third person has been diagnosed with monkeypox in England, Public Health England have confirmed.

The latest case is a health care worker who had cared for a patient at Blackpool Victoria Hospital in the north of England before they had been diagnosed.

Earlier this month, two people were reported to have been diagnosed with monkeypox in the UK in unrelated cases, with both having contracted the disease in Nigeria before traveling to England.

One was a Nigerian resident in Cornwall, followed by the case at the Blackpool Victoria hospital.

"This health care worker cared for the patient before a diagnosis of monkeypox was made," said Dr. Nick Phin, deputy director of National Infection Service at PHE.

"We have been actively monitoring contacts for 21 days after exposure to detect anyone presenting with an illness so that they can be assessed quickly. It is therefore not wholly unexpected that a case has been identified."

The latest patient has been isolated to reduce risk of transmission to others, receiving treatment at a specialist unit at the Royal Infirmary in Newcastle in the UK, according to PHE, who said they are following up with close contacts of the health care worker and tracing anyone who had contact with them 24 hours before they first noticed a rash.

"This person has been isolated and we are taking a highly precautionary approach to ensure that all contacts are traced," said Phin.

"The fact that only one of the fifty contacts of the initial monkeypox-infected patient has been infected shows how poorly infectious the virus is." commented Jonathan Ball, a professor of molecular virology at the University of Nottingham. " It is wrong to think that we are on the brink of a nationwide outbreak."

Monkeypox is a rare viral infection, similar to human smallpox, that typically occurs in remote parts of central and West Africa, according to the World Health Organization.

The virus is mostly transmitted to humans from infected wild animals, such as rodents or monkeys, but can spread from person to person.

Symptoms include fever, muscle aches and rash. People usually recover within a few weeks, though it can lead to serious illness in some cases. Fatality rates are between 1% and 10% and there is no specific treatment or vaccine for the disease.