Three Charged for Robbery, Chase after Victim Spots them 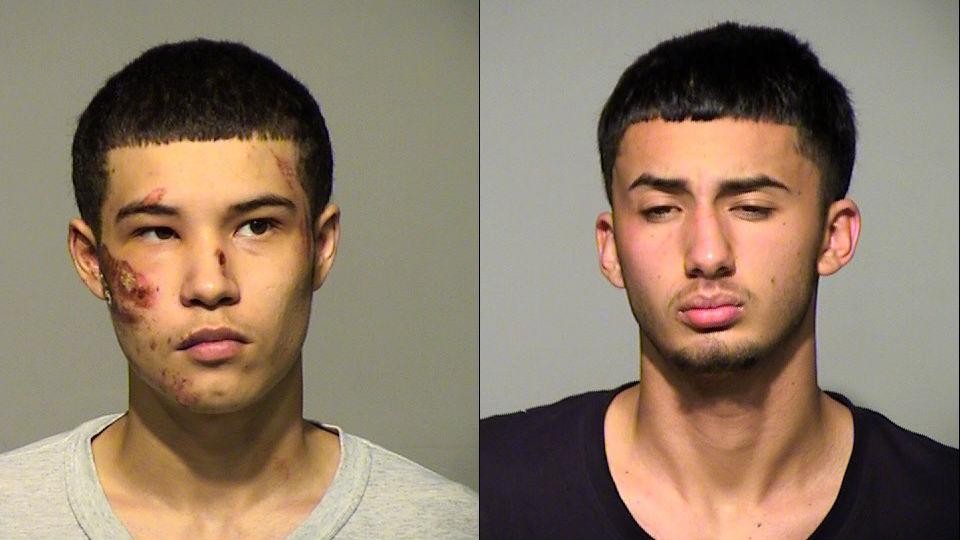 On August 15th officers were dispatched to 1218 W. Mineral Street for an armed robbery complaint. The victim, Fayaz Hussein stated he had been chased at then robbed at gunpoint near 1222 W. Walker Street.

While speaking with officers, Hussein pointed to a small red Honda Accord and told officers that was the vehicle the robbers were in.

Officers pursued the Honda and gave chase when the suspects refused to pull over. During the chase, officers observed the vehicle was occupied by four people and disregarded numerous traffic lights and signals. At one point the car drove on the sidewalk, drove into oncoming traffic, and scraped a tree and traffic light signal causing the front passenger tire to puncture.

Even after puncturing the tire, the vehicle drove on the rim for ten blocks. After coming to a stop, two of the suspects fled on foot. Another squad car boxed in the vehicle so people on the passenger side could not get out.

Officers pursued and apprehended the other two suspects. The driver was identified as Adrian Guerrero age 17 and the backseat passenger as Javier Salinas age 17.

Salinas had the victim’s cell phone in his possession. Guerrero admitted he had stolen the Honda Accord and picked up Salinas and another suspect Genaro Martinez age 18. Guerrero denied knowing anyone was going to commit an armed robbery but told police Salinas and Martinez told him to stop the car and the two got out. When they ran back a few minutes later he assumed they robbed someone.

Guerrero stated he then saw police and fled since he knew Salinas and Martinez committed a robbery and he was driving a stolen car.

At the time of the incident Guerrero was out on bail for an OWI and possession of a dangerous weapon.

RELATED STORY: Victim spots teenagers who robbed him while police interviewed him