Thousands of Houston firefighters told to stay home during Harvey 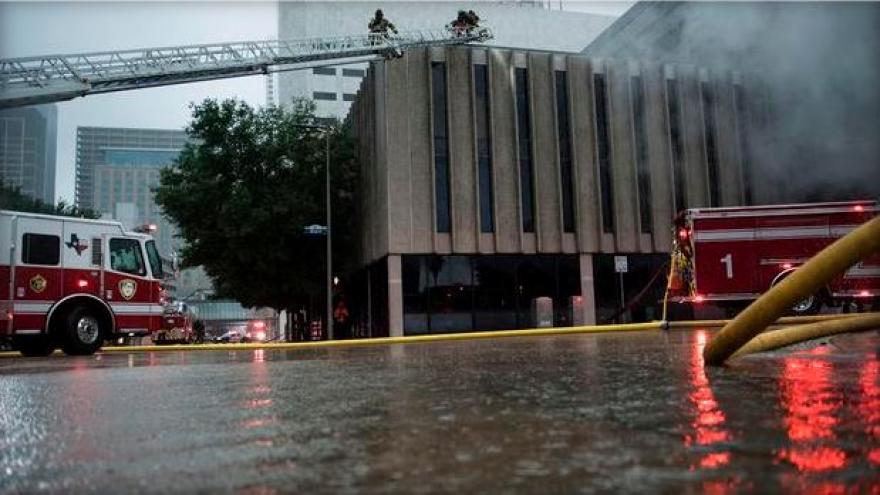 HOUSTON (CBS News) -- Thousands of Houston firefighters were told to stay home at the height of Harvey's flooding even as calls for help overwhelmed 911 dispatchers, the president of the city's firefighters union said Friday.

In an interview with CBS Houston affiliate KHOU, Marty Lancton said that the fire department could have done more during the storm.

"I don't want to hear about lack of resources," Lancton said. "Emergencies are something you prepare for. You don't have the answers, but you prepare. In this case, they weren't prepared."

On Sunday, Aug. 27, as fast-rushing water chased people onto their rooftops, about 3,000 firefighters were instructed not to report to work, according to Lancton, an agonizing order for many eager to assist with rescues.

"We're sorry," Lancton said, fighting back tears. "Every Houston firefighter would put their life on the line for anybody without question, with a moment's notice, and this is not different."

Houston Fire Chief Sam Pena acknowledged that three-quarters of the force was asked not to report, but said that the department was fully staffed.

"Everything we had available, we deployed in anticipation of that," Pena said.

The decision against a full recall, which Pena said was made based on staffing needs during past disasters, left a crew of 900 firefighters responsible for 650 square miles of Houston. Many worked two or three days without a break.

Pena said he hadn't seen the data yet for response times from that Sunday but that in hindsight, he would have brought in more firefighters to make sure crews could rotate out each day.

The decision to not deploy more fire responders struck a nerve in southeast Houston, where Debbie Martinez and her 3-month-old granddaughter had waited for help as her home filled with water.

"There could have been people here to help us get out of here," she said. "It doesn't make sense."

"We have to do better," Kubosh told KHOU.