Thor: Ragnarok is the 17th straight number one for Marvel 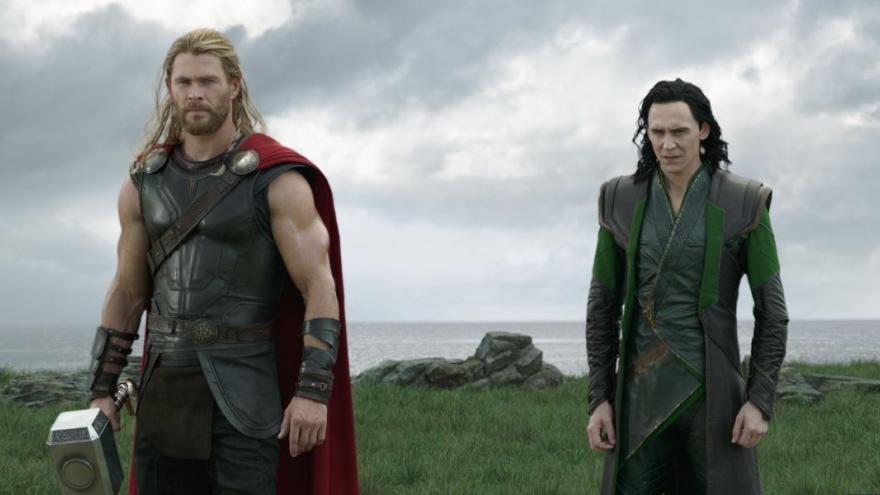 That keeps the perfect streak alive for Disney's superhero studio. It has never had one of its films fall short of opening in the number one spot.

The film, starring Chris Hemsworth as the god of thunder Thor and Cate Blanchett as the goddess of death Hela, brought in an estimated $121 million in 4,080 theaters in North America this weekend.

That makes "Ragnarok" the fourth-largest opening of the year in the U.S. It is also by far the biggest opening for the character, which has never really had the popularity or box office might of other Marvel heroes like Iron Man and the Guardians of the Galaxy.

The film has so far nabbed $427 million globally since opening in international markets last week. In total, Marvel Studios films have now made more than $5 billion domestically and $13 billion worldwide at the box office.

"Ragnarok" had a lot working in its favor. The buzz around the film has been strong ever since its teaser trailer debuted earlier this year. It was helped by the surprising inclusion of a Led Zeppelin track and a much-talked about battle between Thor and the Incredible Hulk.

The film also had strong reviews from fans of the Norse god and from critics.

"Ragnarok" brought in an "A" CinemaScore from audiences and a 93% score on the review site Rotten Tomatoes. That makes it one of the best-reviewed Marvel films in the brand's nearly decade-long run.