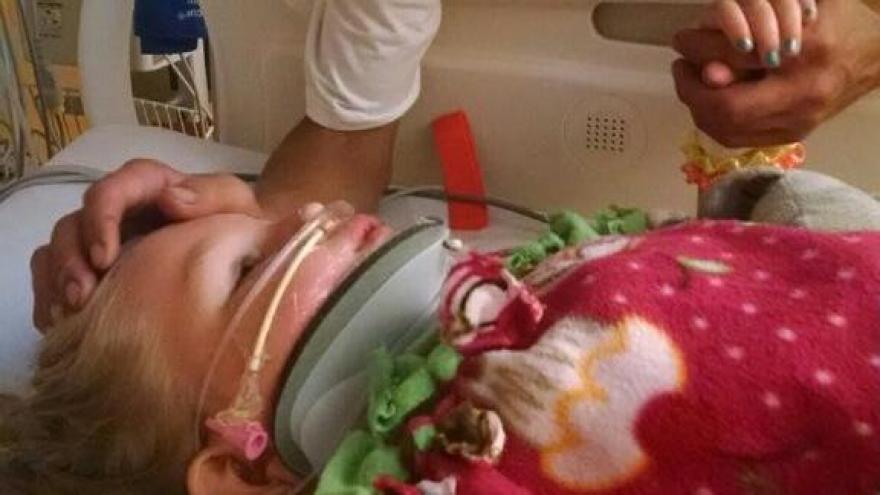 A Florida man is looking for answers, after he claims he was not allowed to see his paralyzed daughter at Children's Hospital of Wisconsin.

Brandon Mathews says his daughter and wife were involved in a serious crash Sunday morning, when a drunk driver entered I-43 going the wrong way, and struck their car head-on.

Mathews says he's been separated from his wife for a few months, and flew up from his Florida home immediately after the crash.

When he arrived at the hospital Tuesday evening, he says security told him he was not allowed inside the building.

"My wife is in a medically induced coma, and my daughter is paralyzed from the chest down," he says."They were denying me to see my daughter because Wisconsin law says if you were married after the kid is born, that I need to get an adjudication, and this is the only state that does that."

Mathews believes his wife did not want to see him, but says that doesn't change the fact that he's the 5-year-old's biological father.

He says the hospital eventually allowed him to see his daughter for an hour, but told him that was it.

"I just walked in and told her I loved her immediately, and she told me she loved me back, it was amazing," he says. "But then we called this morning, and Children's Hospital said we are not allowed on the property."

We found Mathews at the Milwaukee County Courthouse Wednesday, where he says he paid $200 for an emergency hearing with a judge. He says that judge spoke with the legal team at Children's, and ruled in his favor, saying he can visit his daughter as he wishes.

He says the ruling was a relief, following a week of heartache.

"It's gonna be hard, I don't think she's gonna be able to kick a soccer ball with me, but I can see her now."

CBS58 was not able to independently verify this state law. A spokesperson for Children's Hospital said the hospital has no comment, other than that "the situation has been resolved."