SHEBOYGAN, Wis. (CBS 58) -- A Sheboygan County father with a rare kidney disease was in need of a donor. Little did he know, the perfect match was by his side the whole time.

Jamie Davister was told by doctors that he'd have to start dialysis or find a donor. He never imagined that it would be the person closest to him to give him life.

The Davister's and their two daughters enjoy playing catch. But just two months ago, that picturesque family moment would have seemed impossible. Jamie Davister's kidneys were failing and he needed a transplant fast or would need to start dialysis.

"Where you have to go to a dialysis center for several hours, three times a week, so it was heartbreaking," said Jamie Davister.

Jamie's wife, Erica decided to get tested even though she was warned that she might not be a match.

As they celebrated two years of marriage, Jamie received a card. 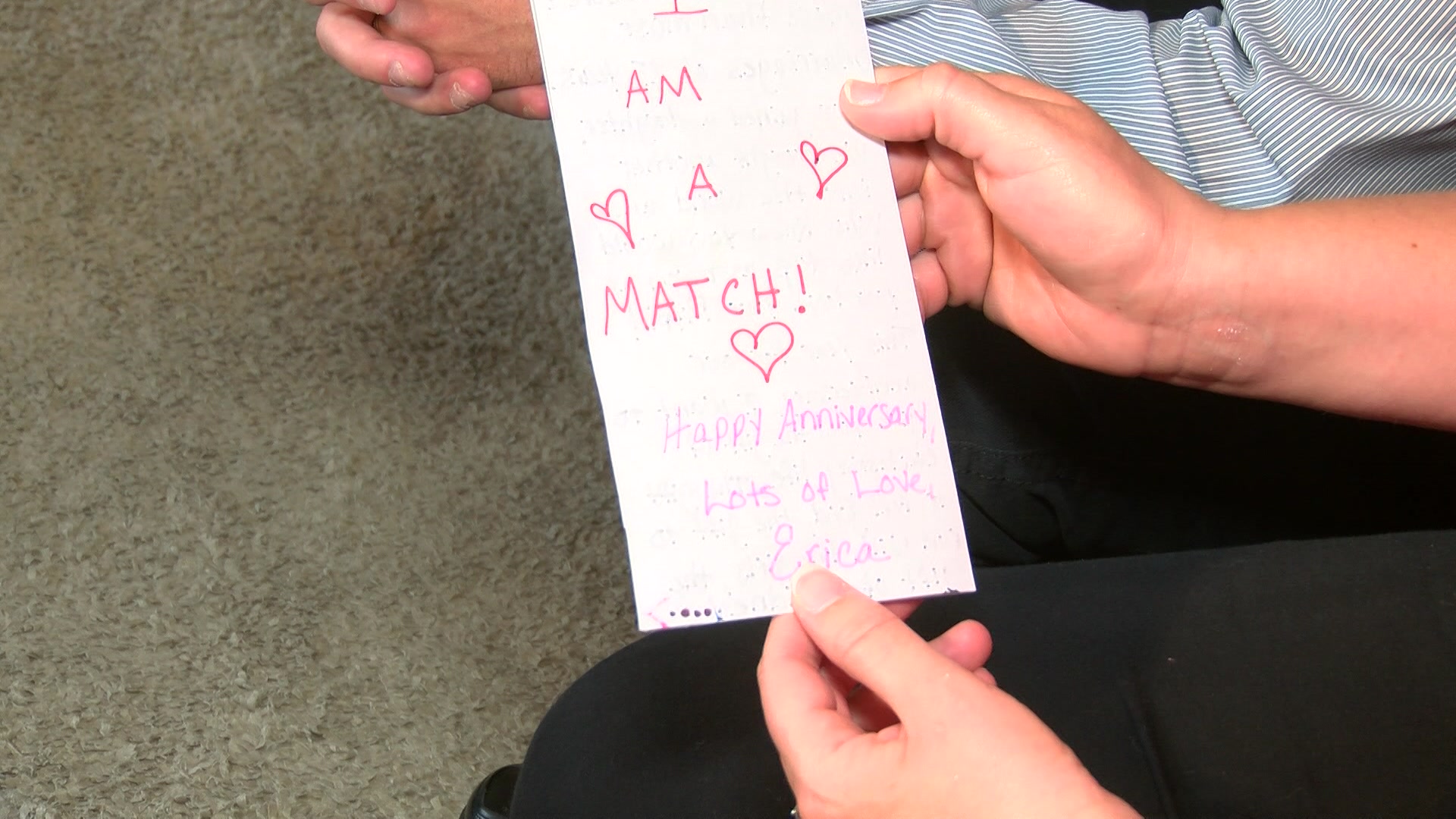 "The gift to run with the girls, the gift of a kidney...I'm a match," Erica Davister said, surprising him.

Jamie felt mixed emotions as Erica was wheeled away on the day of the surgery months ago.

"You know it's something that's going to help you long term so you're excited but at the same time, it's major surgery," said Jamie Davister.

Now, they have a daily reminder of Erica's gift.

"My wife was able to save my life and now I have a scar but that scar is a symbol of me staying alive," said Jamie Davister.

Those scars tell a story of truly finding the perfect match.

"Looking at those scars every day, this is why we are here, why we were put together," said Erica Davister.