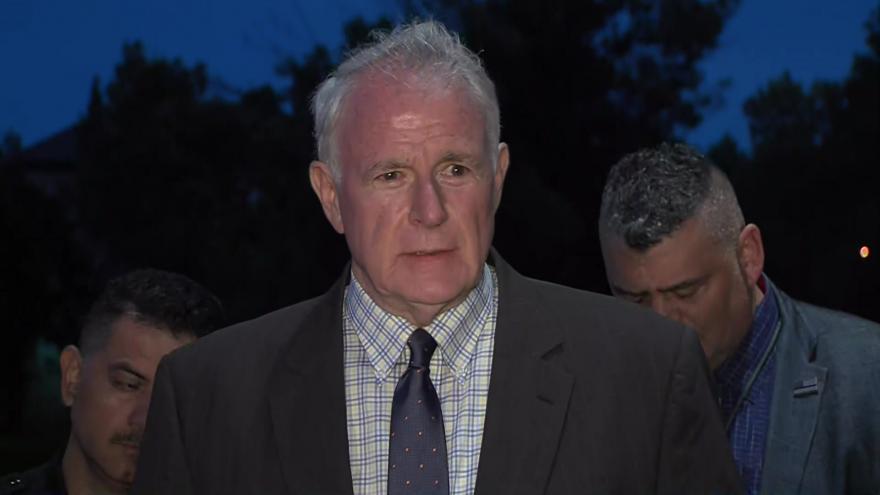 MILWAUKEE (CBS 58) -- City officials are offering their condolences to the family of 23-year-old Charles Irvine Jr. who was killed in a rollover squad accident on Thursday afternoon.

"On behalf of the entire Milwaukee Common Council, I want to express my deepest sympathies to the family of Milwaukee Police Officer Charles Irvine, Jr. He died in the service of the community he swore to protect. The City of Milwaukee will always be grateful for his sacrifice and I want to assure those who knew and loved him of our support in the coming days."

Alderman Cavalier "Chevy" Johnson released a statement expressing his sadness regarding the death of an officer in his district.

"I am extremely saddened by the death of Milwaukee Police Officer Charles Irvine. Officer Irvine entered into a vocation where he could protect and serve our community. He bravely put his life on the line to make sure that our streets are safe from the dangerous scourge of reckless driving. My thoughts and those of the residents of our city and my district where he lost his life are with the family of this 23-year-old young man -- including his brothers and sisters in blue during this difficult and unfortunate time."

Milwaukee Mayor Tom Barrett was at a press conference outside of Froedtert Hospital where he called upon the community to pray for the fallen officer and his family.

"Officer Irvine gave his life for the people of this community. He served this community because he wanted it to be a better community. I ask that everyone in this area remember him and his family in their prayers," Mayor Tom Barrett said.

Governor Scott Walker offered his condolences on Twitter to the entire Milwaukee Police Department after learning of the news.

Our prayers are with the members of the Milwaukee Police Department after the death of one of their officers and with his family.

"I am very sorry to learn of the death of Milwaukee Police Officer Charles Irvine, Jr., while in the line of duty and service to our community. I send my condolences to the parents, family and colleagues of this young officer as well. We know that this is a dangerous job, but it doesn't make it any easier to lose the life of an officer in this way. I join the many in their prayers for the full recovery of the officer who was injured as the two were involved in the pursuit of a reckless driver."

"I was very saddened to hear of the loss of MPD Officer Charles Irvine, Jr. while on duty yesterday," Bowen said. "Officer Irvine gave his life in service to our community while pursuing a reckless driver, a problem that continues to plague our city.

"Officer Irvine, his family and fellow officers, as well as those of his partner who is recovering from injuries sustained in this terrible incident, are in my prayers."

“Tonight, my prayers are with Milwaukee Police Department and the families of Officer Charles Irvine Jr. and the other officer injured this evening. Officer Irvine gave the ultimate sacrifice for his community. May God rest Charles’s soul; and may God watch over the injured officer’s recovery. Every day in this state, thousands of law enforcement put their life on the thin blue line for our safety and security. May the safety and wellness of the men and women in blue be in our prayers every day, as we realize the sacrifices they and their families make for our beautiful Wisconsin communities.”

"I’m both shocked and saddened by the tragic news of a Milwaukee Police Officer killed in the line of duty. My thoughts and prayers go out to the family of Charles Irvine, Jr. who at only 23-years-old was killed upholding his oath to serve and protect his community. Meantime, his 36-year-old partner fights for his life from a hospital bed. I hope and pray he recovers.

As the father of an MPD officer a situation like this hits home to my family, perhaps more than most. The challenges that officers face are monumental, especially in this day and age. Don’t just take my word for it. At the hospital last night following the crash, an officer told me very candidly “we’re ones who hold this city together and yet we’re the ones who get criticized the most.” The officer’s words were both true and unfortunately, incredibly ironical. At a time when so many people are quick to second guess or even ridicule police actions, we are hit with a tragedy like this. My wish is this incident, at the very least, helps people understand the danger that police officers face and service they provide, a service that all too often goes thankless.

Politicians like me often say “officers put their lives on the line on a daily basis.” It’s said so often it almost becomes empty words, a cliché. I can guarantee you it wasn’t a cliché last night.

Again, I ask the citizens of Milwaukee, who are so inclined, to pray for the repose of the soul of Officer Charles Irvine. A man who yesterday put on his uniform, strapped on his gun, and went to work to serve the rest of us –fully anticipating to go back home to his family and his loved ones at the end of his shift. Only this time he went home to God."

"My deepest condolences go out to the family of Milwaukee Police Officer Charles Irvine, Jr.

Officer Irvine’s involvement in law enforcement began when he still a teenager. Tragically, just a few years later he is killed in the line of duty at 23-years-old while working to protect the community from reckless driving. Meanwhile, his 36-year-old partner fights for his life.

I ask that the community continue to keep these brave men and their families in their thoughts and prayers."

Alderman Borkowski said in a statement:

"My deepest sympathies, thoughts, and prayers go out to the family, friends, and the Milwaukee Police Department who are mourning the loss of Officer Charles Irvine Jr. The death of any law enforcement officer is a tragedy for the community they serve and protect.”

"As a body, the Milwaukee Common Council stands and mourns with the family and friends of Milwaukee Police Officer Charles Irvine, Jr.

"We can sometimes seem very divided – in these times perhaps more than most. Sacrifices like that made by Officer Irvine remind us of our capacity for service and love of others. Borrowing older words, he poured out the last full measure of devotion to his oath and to this community.

"We express our deepest sympathies to those he leaves behind and commit ourselves to honoring his memory."