The Characteristics of a Jeopardy! Whiz Kid 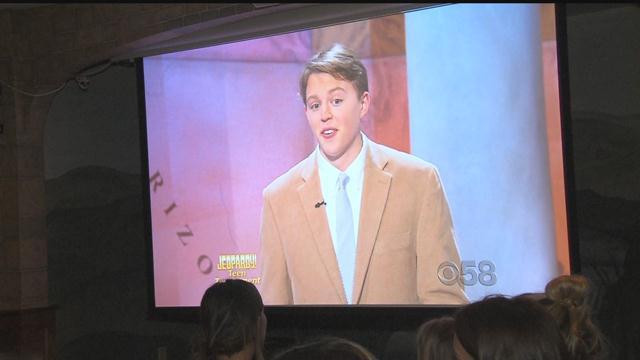 Jack Bekos is the talk of his hometown Elm Grove and in the hallways of Marquette University High School.

The senior appeared on the Teen Jeopardy! Tournament this week on CBS 58 Milwaukee.

Jack went through an extensive process to qualify for the show. It began with online testing and including personality screening during an interview and the audition.

So how is it that Jack got so good at trivia?

"Trivia is obviously one of the biggest passions," Jack told CBS 58 News. "I started off with Google, Wikipedia. Then I went to Sporcle and Jet Punk, a trivia website."

One his teachers Jean Morrell says one of his biggest strengths is that he is a prolific reader.

"He retains information and connects it to others things," explained Morrell. "What he calls trivia, I call understanding history and the things that happen in the world,. So,that he has this great understanding."

Of course Dad will tell you all those night practicing Jeopardy! in front of the t-v didn't hurt either.

"It's not me," Brad Bekos insists. "It's all Jack and his thirst for knowledge."

But there's no ego that comes with the intellect which probably explains why there's not a bad word anyone will say about Jack and almost certainly everyone will cheer him on.