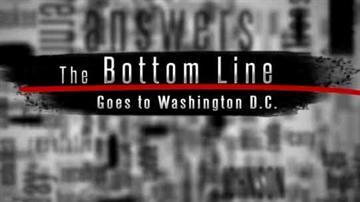 Washington, D.C.--  Several members of Congress from Wisconsin are playing key roles in a bipartisan effort to avoid another government shutdown next January.

Republican Representative Paul Ryan is a co-chair of the Budget Conference Committee which has a December 13th deadline to submit its recommendations to the House and Senate.

When asked if the committee will meet next month's deadline, Ryan responded, \"We'll see if we can get an agreement, but even if we don't, we'll just keep government funded at our current level.\"

Ryan's colleague across the aisle, Democratic Congresswoman Gwen Moore, questions whether this committee can succeed after so many others have failed.

Moore, however, does believe both parties need to cut through the partisan politics to prevent another stoppage that among other things, furloughed some federal employees and forced local schools to postpone trips to Washington, D.C.

\"I think that it's really important for democrats and republicans to to sort of rise above our own circumstances\"  Moore said.

Wisconsin Senators Ron Johnson and Tammy Baldwin are both part of the Budget Conference Committee.

Johnson said he wants the other side to agree that the sustainability of Social Security and Medicare are major issues.

Baldwin would like to see a budget where domestic programs and loopholes for the wealthy see cuts.

Senator Baldwin said she has hope something will be done because everyone on the committee wants to avoid another government shutdown.

Johnson was less optimistic and said that with Democrats unwilling to admit to the real problem, finding compromise will be difficult.

Both Johnson and Baldwin said they want to work with the other side.