The Bible proves to be a big seller for Newsweek 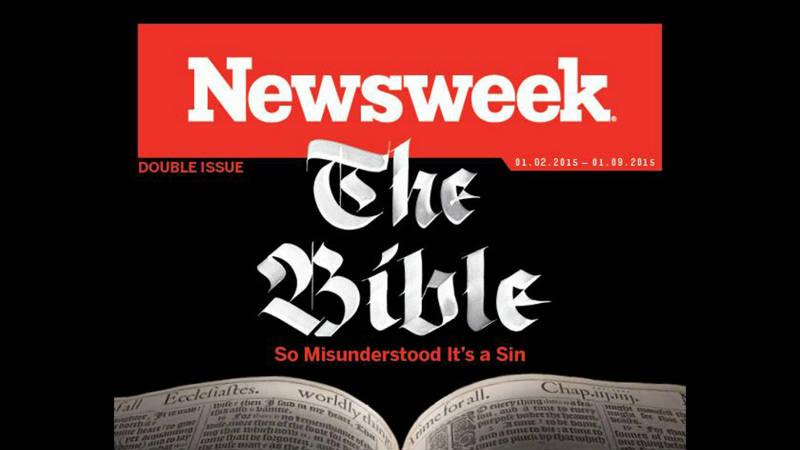 NEW YORK (CNNMoney) -- Controversy sells and Newsweek seems to be really good at it.

The magazine's provocative cover story this week -- \"What Silicon Valley Thinks About Women\" -- has prompted an avalanche of online criticism.

Flash back to just one month ago, when the publication sparked an uproar with a critical cover story on the Christian holy text.

\"The Bible,\" reads the cover headline. \"So misunderstood it's a sin.\" The story, written by the journalist Kurt Eichenwald, inspired a series of rebuttals from Biblical scholars and devout Christians alike.

It turns out the bestselling book of all-time also helped the magazine sell a lot of issues.

Newsweek's editor-in-chief Jim Impoco confirmed to CNNMoney that \"early\" and \"conservative\" estimates show that the Bible issue will end up as the magazine's bestselling cover of 2014.

That's \"more than double the average,\" according to Impoco. For good measure, he said the story also racked up 500,000 hits online.

Striking covers like that are nothing new for Newsweek (neither are Christianity-focused covers, for that matter). They were a hallmark of Tina Brown's reign as editor, such as its 2012 cover titled \"Muslim Rage.\"

This week's controversial cover story examines sexism in Silicon Valley. The cover shows a faceless woman holding a laptop while her red skirt is lifted up by a mouse cursor.

The cover image and accompanying story has been met with considerable derision in many corners of the Internet, but the issue itself hasn't even hit newsstands. The criticism began rolling in almost immediately after the cover surfaced on Twitter this week.

Impoco said that Newsweek aims to get people talking by employing a \"one-two punch with social [media] leading the way.\"

\"There is nothing we want more than to start a national conversation about important topics,\" Impoco said. \"The Silicon Valley and Bible covers are good examples. In the old days, Newsweek would often 'validate' the news, but that role is gone. Today, we have to create our own weather but also remain topical.\"

\"We don't do controversy just for the sake of controversy,\" he added.