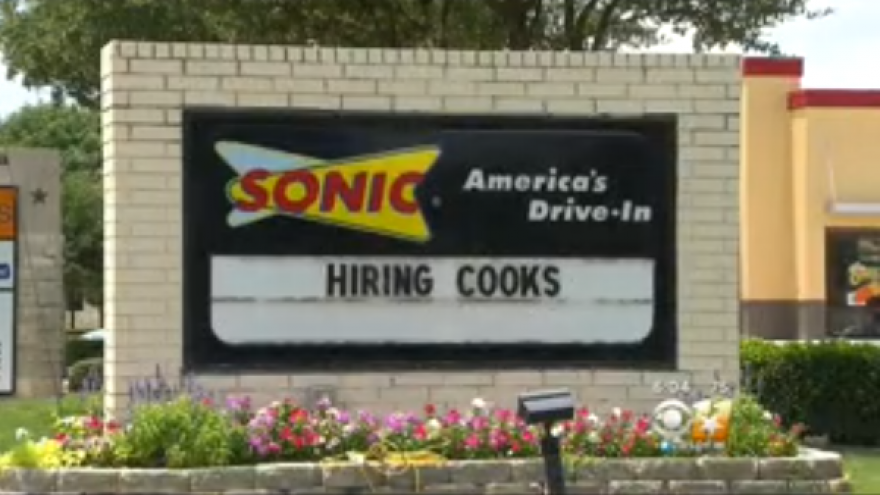 KELLER (CBSDFW.COM) – A North Texas mother is suing a Sonic franchise in Keller where she used to work claiming they failed to give her legally required breaks to pump breast milk.

Natasha Wilson also accuses the restaurant and its manager of retaliating against her and creating a hostile working environment.

She says the problems began right after she returned from maternity leave in October 2015.

But Wilson says the stress got so severe, she quit her job in March of this year.

She says she tried working with her manager to pick the right time and place to pump breast milk for her younger daughter and was surprised by what she heard.

“He told me it was disgusting and he told me that it was not normal,” said Wilson.

At first, she says she went into her car to pump, but that it got too hot in the Texas heat.

Then she says she used the bathroom because it was private and air conditioned, but she says her boss didn’t approve.

So Wilson says the franchise provided a partition for her to use in the supply room, but she says employees interrupted her.

“They always wanted to bother me. There was always something that they just had to have from the back. They wouldn’t let me just take my break,” said Wilson.

Under federal law, employers must give workers a reasonable time and a place shielded from view and interruptions to pump breast milk until their child is one year old.

But firms with fewer than 50 employees are exempt if it poses an undue hardship.

The businesses seeking an exemption need to prove their case to the U.S. Department of Labor. The government says it considers each case “by looking at the difficulty or expense of compliance for a specific employer in comparison to the size, financial resources, nature, or structure of the employer’s business.”

It’s not unheard of for a company to provide a way for a mom to express breast milk and after you have a baby, that’s the last thing you want to be worried about, is losing your job because you’re trying to provide food for your baby,” said Wilson.

She says after she filed a complaint with the Texas Workforce Commission, the manager retaliated. “It seemed that he was doing anything and everything he could to make my job impossible.”

CBS11 called the franchise owner and left a message but as of Tuesday evening there had been no response.