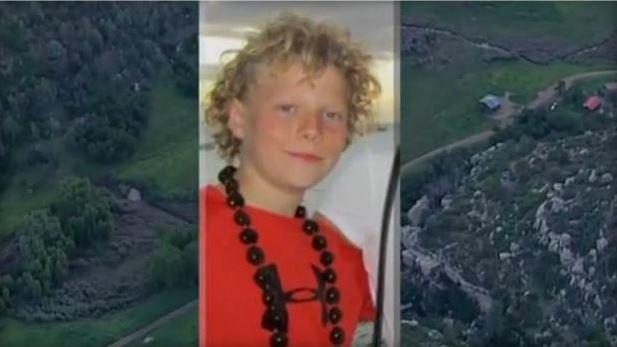 SANTA FE, N.M. -- Deadly floodwaters that tore through a Boy Scout troop's New Mexico campsite as they slept turned their tents into wet cages that clung to their bodies like saran wrap, newly released police reports and taped interviews show.

The group of eight California boys and their chaperones fought desperately to escape, some using their teeth to rip holes in their tents.

"You could hear people yelling, but you couldn't understand what they were saying," Michael Evans, one of the adults, told police of the chaos that June night.

The water swept four Scouts down a canyon. Alden Brock, 13, of Sacramento died.

The reports and audio interviews were obtained by the Santa Fe New Mexican and reported Sunday. They showed some of the boys and leaders awoke to a rush of water in their tents, and many struggled to find or open their tent zippers.

Theodor Morrow, a 19-year-old college student and first-year camp ranger, told investigators he made it outside and tried to hang onto other tents as they drifted away.

Logan Reed said he and Brock, his tent mate, were among those who couldn't get out of their tents.

"We floated down the stream, I guess, for a little bit," Reed recalled. "I guess there was a hole in the bottom of the tent, and I slipped out of that."

Reed said he went underwater for a while and "never saw the tent after that." He held onto a patch of reeds downstream until he was found at sunrise.

Another boy who was swept away, Christian Heningburg, told police he was inside a waterproof sleeping bag and didn't feel the water until another camper woke him up.

"We were both screaming, 'Help!' while trying to find the zipper of the tent," said Heningburg, adding Morrow attempted to grab hold of them.

Heningburg said he tried to stay above water and grab onto trees and other objects as he was washed downstream.

"I had to do something because there was logs, like, piling up in front of me," Heningburg said. He grasped at weeds until he was able to plant his feet on the ground and pull himself out of the water.

The troop was participating in a 12-day trek at the Philmont Scout Ranch in northern New Mexico.

In June, CBS affiliate KRQE reported that one woman posted on the Philmont Scout Ranch Facebook page a message from her son. He said, "we're safe mom, but our hearts are heavy. Even though we didn't know the kid who died -- he is our brother in scouting. We held a memorial for him on the trail and are praying for his family."

The floodwaters came through North Ponil Canyon around 4:30 a.m., New Mexico State Police spokesman Chad Pierce said. The group was camping about 20 feet upslope from a small creek, but the water overran their campsite.

The creek normally is 2 to 3 feet wide and less than a foot deep. That morning, at least 2 inches of rain fell in a short amount of time, and the surge of water that swept through the canyon was as high as 20 feet and as wide as a football field, authorities said.

"The actual little creek that runs down through there isn't any more than a foot and a half, two feet wide, and the area of destruction had to be, I'm guessing, at least 50 yards wide, maybe wider," Colfax County Sheriff Rick Sinclair said.

New Mexico State Police investigated but didn't draw any conclusions, including whether the ranch erred by allowing the troop to camp so close to a streambed that, according to the National Weather Service, had flooded before.

In police interviews, investigators called it a freak accident that couldn't have been prevented.

"It was an unfortunate incident that occurred, and unfortunately that group of Boy Scouts got caught up in it," Pierce said.

The police report states a campsite farther upstream flooded regularly and "was closed for the safety of the scouts." It doesn't indicate how far upstream or if a specific event prompted its closure.