Temperatures heat up when average says we cool down 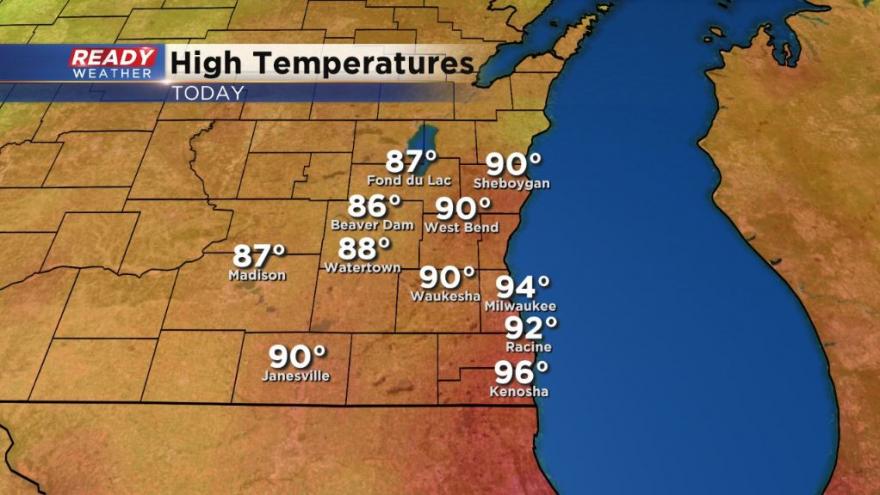 Hot!!! After almost exactly a three week break from the 90s, they returned with a vengeance. Milwaukee tried to make it the warmest day of the year but was stuck at 94° for two hours and didn't budge any higher. Kenosha did have it's warmest day of the year with a high of 96°. Only western spots didn't hit 90° with that breezy southwest wind.

The heat and humidity stick with us for Sunday. High temperatures are expected to reach the low 90s again, especially near Lake Michigan with a breezy wind gusting to 25 mph. 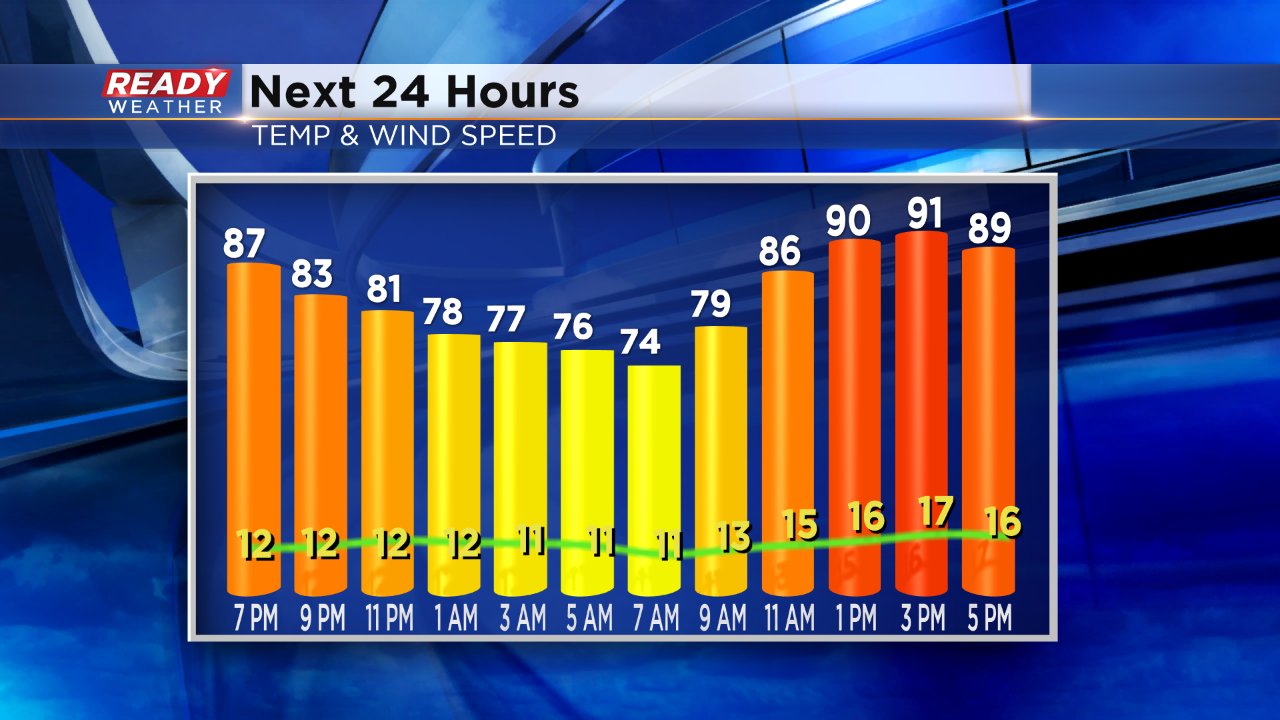 Saturday dew points moved around a lot from the upper 60s in the morning to low 60s in the early afternoon to 70° by late afternoon. A similar trend can be expected on Sunday with peak dew points likely in the tropical category on the Muggy Meter around 70°. Humidity sticks with us to start the new work week too. 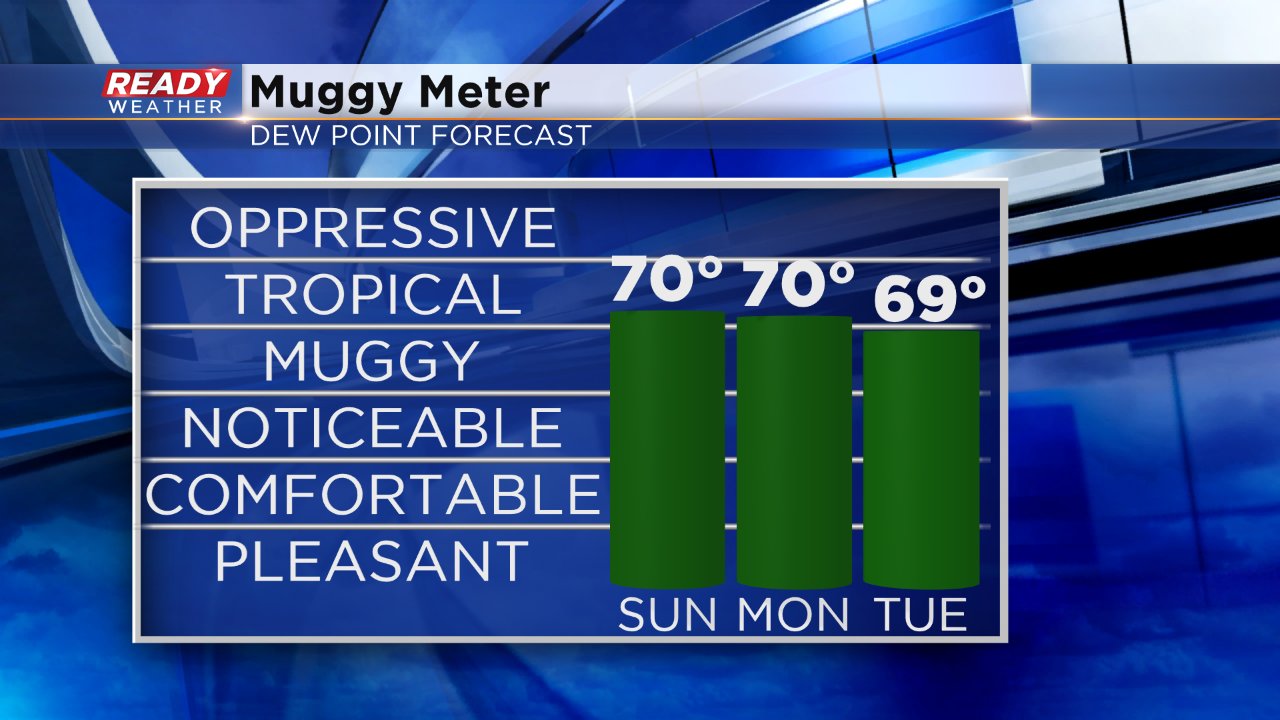 The recent heat comes at a time when, climatolologically speaking, we start to cool down. For most of the summer the average high temperature in Milwaukee is 80° starting July 2 and ending today, August 4. On Sunday, August 5 the average high temperature drops a degree to 79° and by the end of August, and end of meteorological summer, it's down to 76°. 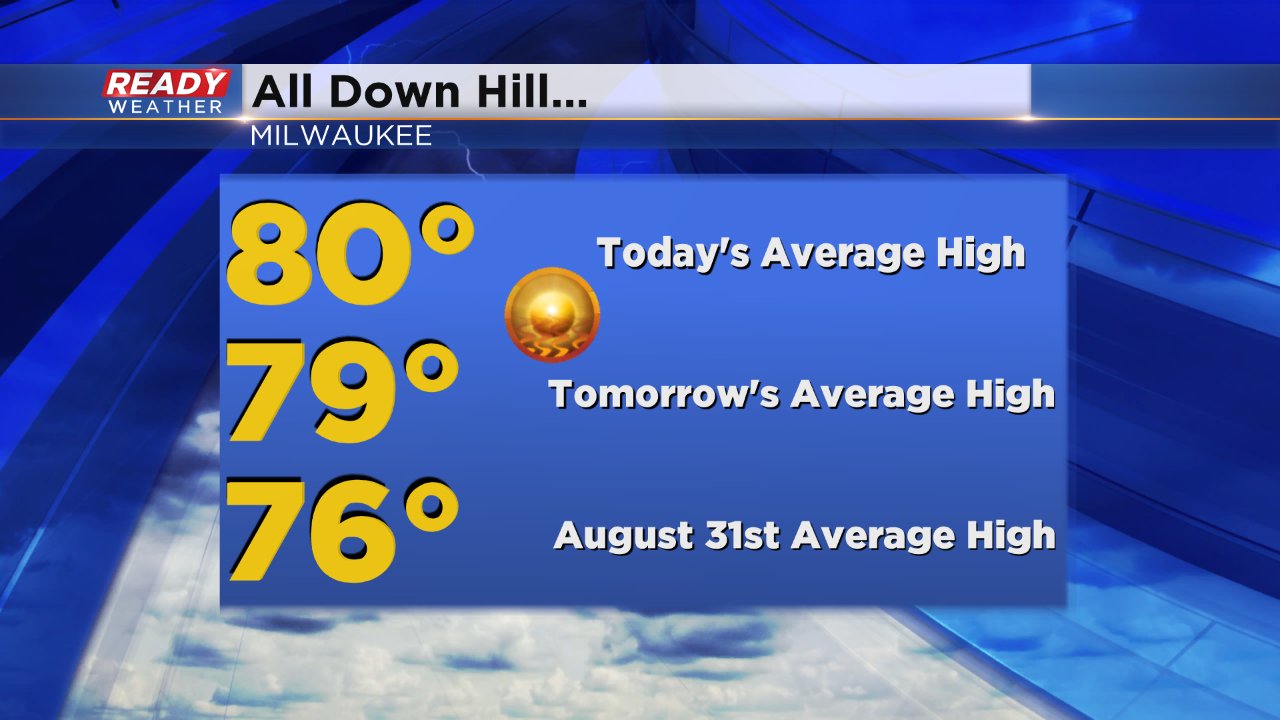 The Ready Weather 10-day forecast shows no end for the warm with temperatures staying at or above average all 10 days. You can always see that forecast on the CBS 58 Ready Weather app which is free for apple and android devices.