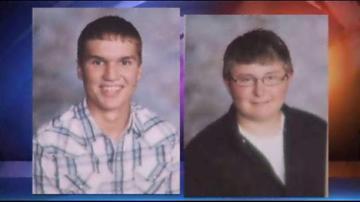 WASHINGTON COUNTY -- It was a teary eyed day for students and teachers as they come to terms with two teens killed in a crash with a deputy.

Ashley Munk, going into her junior year with Brent says, \"A lot of us cried and went past H, and just thought about it and talked about it.\"

Jason Last, coached Travis Trap, who was going to be a senior football player.

\"He was a fine kid, great sense of humor, just the kind of kid a lot of people liked.\"

The loss is especially hard since it's the school's fifth death including current students and recent graduates.

A joint visitation will be at the school's field house from 1 to 4 Sunday the 22nd.