Teenager Angry at His Girlfriend Crashes into 7 Parked Cars 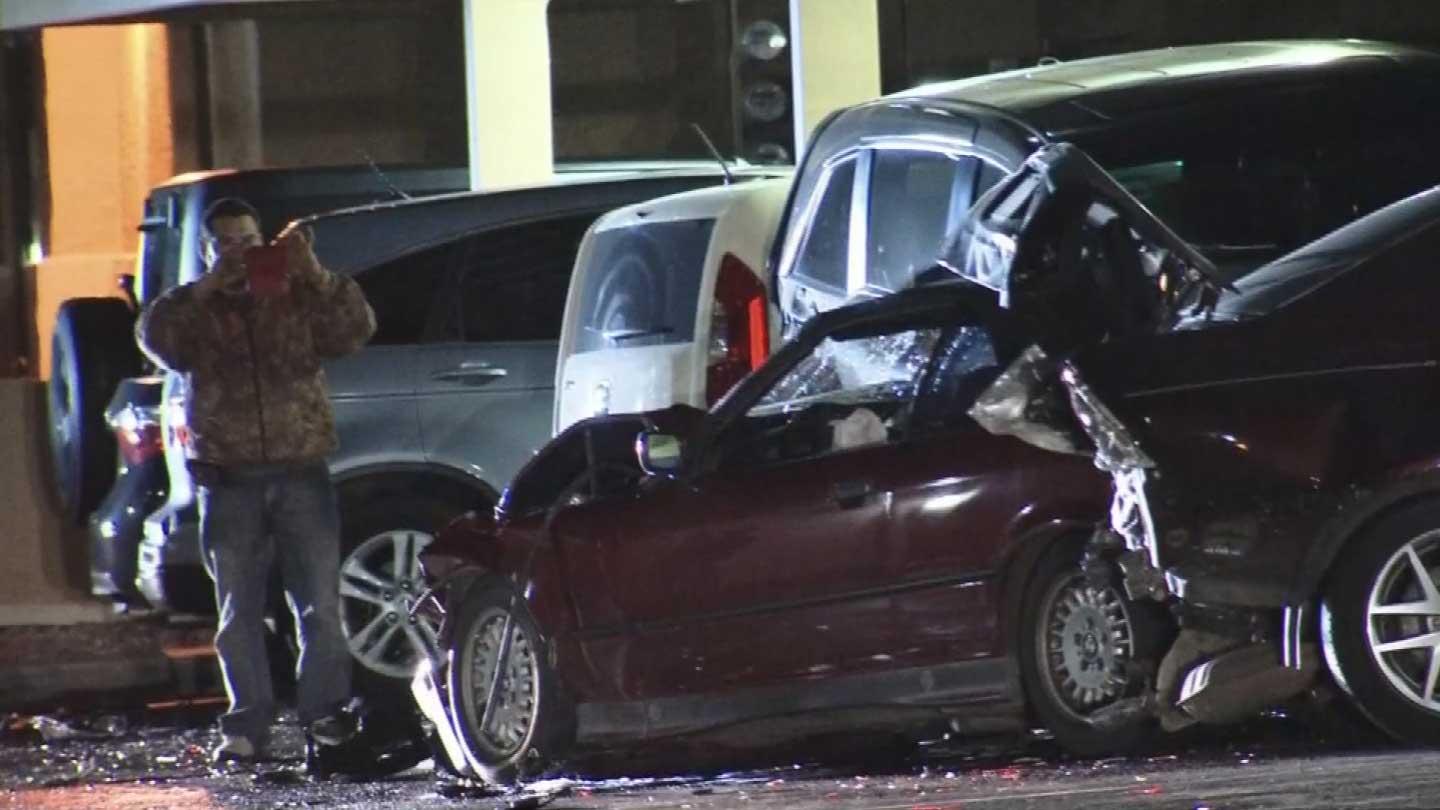 GLENDALE, AZ (KPHO/KTVK) - A teen is in custody after police said he crashed into seven parked cars in apartment building's parking lot because he was mad at his girlfriend.

Glendale police officers responded to the Solis at Towne Center Apartments at 79th Avenue and Bell Road around 1:30 a.m. Thursday after receiving calls of a vehicle speeding around the parking lot.

Officers found a red BMW that had crashed into seven parked cars and damaged a covered parking structure. They contacted the 16-year-old male driver.

The teen reportedly showed up at the complex, angry at his girlfriend. He knocked on her door and when she didn't answer he proceeded to crash into parked vehicles.

A resident said she saw the teen drive back and forth several times and then drive straight into a car. She said it sounded like a bomb.

Kathy Nobel, another resident at the complex, said she heard a lot of yelling and commotion. She then heard an engine revving, a horn honking and a huge explosion.

"He tried to get away and he put the car in reverse and actually caused a lot of secondary damage by trying to get out and move forward and he pushed more cars," Nobel said.

The teen took off and a resident chased him. Police later found him.

Police said impairment was not a factor.